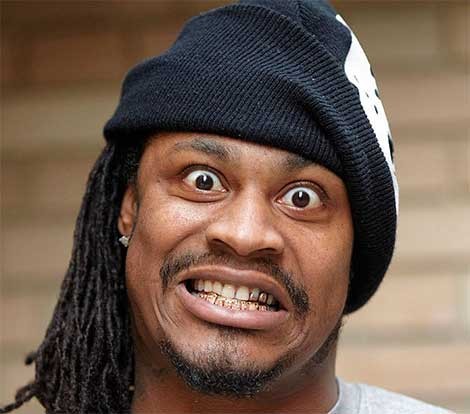 Seattle Seahawks running back, Marshawn Lynch, revealed in an interview why he thinks he didn’t get the ball at the one yard line during this years Super Bowl. Know why? Because, Lynch said that, the NFL didn’t want him to be the MVP of the Super Bowl.

I had no problem with the decision of the play calling. I mean, you know, I think it was more of a … how do I say this? When you look at me, and you let me run that ball in, I am the face of the nation. You know, MVP of the Super Bowl, that’s pretty much the face of the nation at that point of time.

I don’t know what went into that call. I mean, maybe it was a good thing that I didn’t get the ball. I mean, you know, it cost us the Super Bowl. I mean, I have full … I have full confidence in my teammates to execute that plan because we’ve done it so many more times. But would I love to had the ball in? Yes, I would have. But the game is over, and I am in Turkey.”