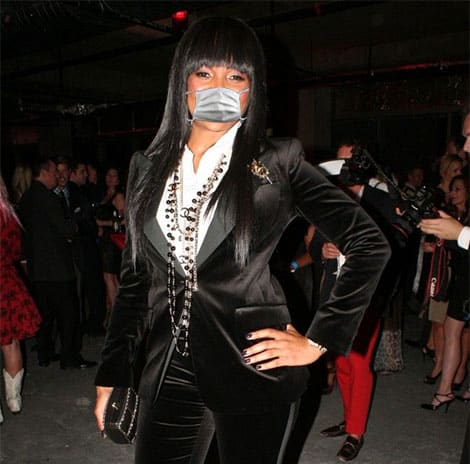 HSK Exclusive – Marlo Hampton is facing a fear of going back on the Real Housewives of Atlanta set. Know why? Because Marlo thinks that other cast members of RHOA have African sponsors and have a high chance to contract the Ebola virus. Don’t belive me.. Just ask Phaedra Parks

A friend of Marlo Hampton has said she is a paranoid person and she believes Porsha Williams could get the Ebola virus because she’s dating a Nigerian man.

“Marlo said if she’s talking to any of them b*tches she’s going to be wearing a surgeon mask.”