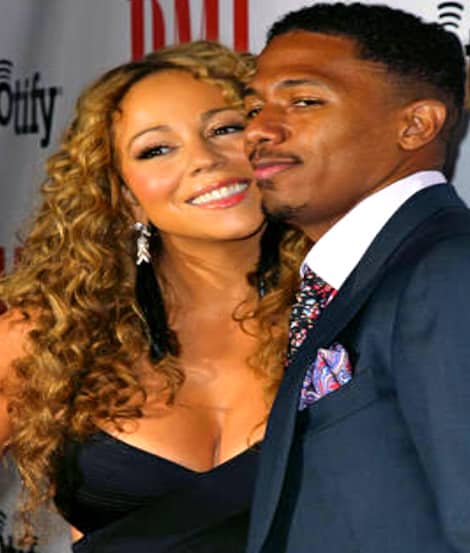 Mariah’s relationship with Nick Cannon seems to have made a complete 180 since the pair tied the knot, back in 2008. That’s because five-years and two kids later, Mimi has revealed not only is she unhappy — she and Nick are spending most of their days apart, on totally different coasts! Don’t believe me.. Just ask Angie Martinez, who got the first drop on Nick and Mariah’s strained relationship.

The couple’s first year of marriage, 2008, “was the easiest,” she said. “And then [in 2009] he started doing America’s Got Talent so he just works constantly.”

I hate it. In his world, he feels, in the world of comedy, that he can have license to say things that he wants to say, but if it goes too far, that doesn’t mean I’m not gonna say, ‘Check please.’

I can’t tell him don’t talk about this and that. But for me, I look at certain relationships in the public eye, and I think, ‘See that’s class, when you don’t have to talk about that relationship that much.’ I’d much prefer that he silencio, just a little bit.”