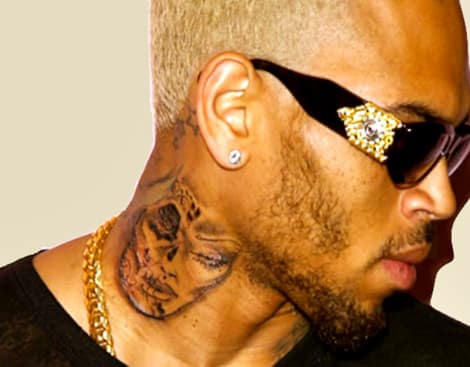 HSK Exclusive – A big part of his 90-days of rehab will involve Breezy taking his daily meds, which could bring some solace to the singer. Don’t believe me.. Just ask Richard Dreyfuss.

A source reveals Breezy’s most recent “manic episode” directly stems from his “dual diagnosis” of ‘depression and attention deficit disorder.’ This while the singer is suspected to have been “self-medicating to cover-up from his mental anguish” — a trait psychology experts say is common amongst “special people.”

“It’s very easy to throw stones at someone who has been abused. So many people are quick to judge Chris, but I wonder how those people would you act if they were abused as a teen in the music industry? He’s got a lot of inner demons to conquer, and it’s not going to be easy for him, but I know he can do it.”

“Chris Brown got kicked out of anger management rehab after he threw a rock through his mom’s car window. The singer lost his temper Nov. 10 during a family therapy session in which his mother disagreed with his plans to shorten his stay due to limited phone access.

“Mr. Brown proceeded to walk outside and pick up a rock and threw it through his mother’s car window and shattered it. We discharged him from residential treatment and tole him he could leave immediately as he has signed a non-violent contract when he enrolled.