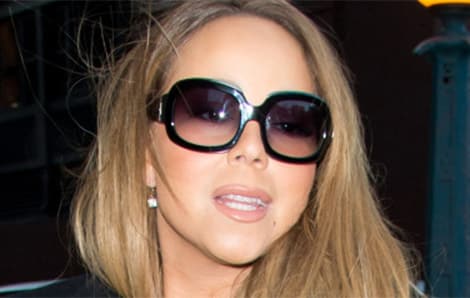 Mariah Carey and Nick Cannon’s former nanny, Simonette DaCosta, is suing the couple. Know why? Because Carey and Cannon had DaCosta babysitting their twins on a 24 hour work schedule and refused to pay her overtime.

DaCosta’s lawyer, Eli Freeberg, revealed that Carey then fired DaCosta because she was jealous of the nanny’s relationship with the kids.

Here’s what’s revealed in the lawsuit:

“A former live-in nanny for the superstar says the Hero” singer forced her to work 100-hour weeks — and then refused to pay her any overtime.

In papers filed Wednesday in Manhattan federal court, Simonette DaCosta says she went to work for Carey and her now estranged husband Nick Cannon in October of 2013.

DaCosta attended to their needs not only at home , but also during Ms. Carey’s travels for her global concerts and appearances, the suit says. DaCosta was on call 24 hours a day. She was always at their beck and call.

DaCosta was always behind the scenes and often by Ms. Carey’s side.

DaCosta was paid $6,000- to $7,200-a-month for taking care of fraternal twins Moroccan and Monroe — but didn’t get any overtime, and there was plenty of it.

Plaintiff was on duty during all hours of each 24 hour day with no entitlement for breaks, for meals, and even for sleep. Indeed, Ms. Carey would often call plaintiff at hours in the middle of the night and demand to be taken to her children or to be updated on the status of her children.

Ms. Carey would not tolerate any delay when she called and plaintiff had to attend to her every demand, spontaneous or otherwise.

DaCosta says she was fired in January of last year after Carey berated her for expressing too much affection for their children. Carey was jealous of the nanny’s relationship with her kids.”