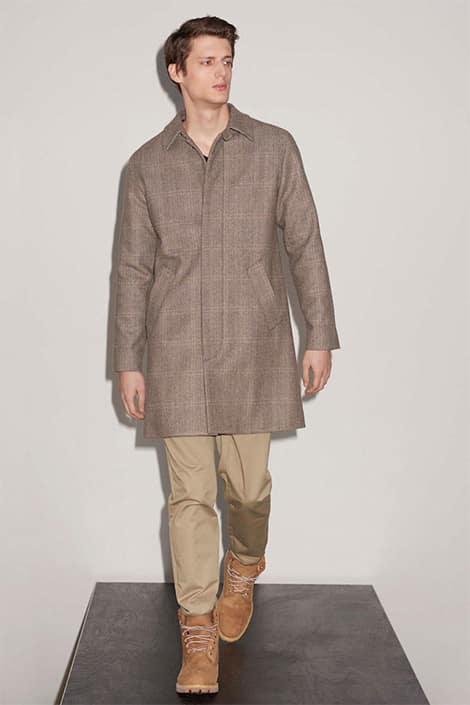 Jean Touitou announced his new collection, Last Niggas In Paris, during Fashion Week. The designer went on to say tha,t rapper Kanye West, gave him approval to use the word n*gga for his latest fashion line.

Yes, I mean, it’s nice to play with the strong signifiers. The Timberland here is a very strong ghetto signifier. In the ghetto, it is all the Timberlands, all the big chain. Not at the same time—never; it’s bad taste. So we designed Timberlands with Timberland.

I made looks which are a cross-over of those two references: the Timberland shoes and the sweat pants are iconic of hip-hop, and the camel hair color coat, worn with nothing under it, is iconic of that precise movie. I am friends with Kanye West, who recorded ‘Ni**as in Paris’ with Jay Z, and he and I presented a joint collection at the same place, one year ago, and that this thing is only a homage to our friendship. As a matter of fact, when I came up with this idea, I wrote to him, with the picture of the look and the name I was giving to it, and he wrote back immediately saying something like, ‘I love this vibe.’”