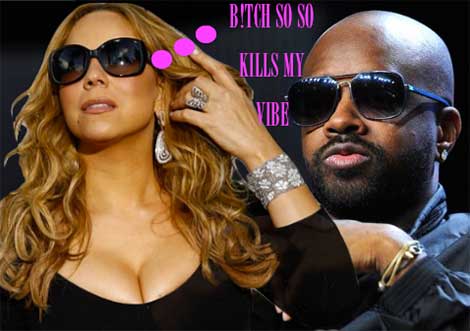 There appears to be NOTHING So So Def about JD to MiMi. Know why? Insiders say, “Mariah Carey has decided to take her music career into a new direction without Jermaine “JD” Dupri as her manager. #seeyalater”

It’s a situation that JD apparently decided to break word of… before MiMi beat him to the punch. That’s because the sample-driven producer is the one to let it be known.

Here’s what JD just put out there:

“I put my all into every project. But when I’m not allowed to do what I do, then I know it’s time for me to move on.”