“Prather was held up as he attempted a layup as a Tennessee defender grabbed his junk.” ~Paul Sacca

HSK Exclusive – Apparently one Tennessee Volunteer had plans for the Gators’ four-star recruit, Casey Prather, on the court. Prather had 12 points and five assists in Florida’s 56-49 win over Tennessee.

Here’s what sports reporter Paul Sacca has to say about the ‘play’:

“While it is awfully nice of the defender to try to ease Prather’s landing, doing so by clutching his twig and berries probably isn’t the right way to go about doing so. On the bright side this is the first documented case of a college basketball player palming two balls with one hand.” 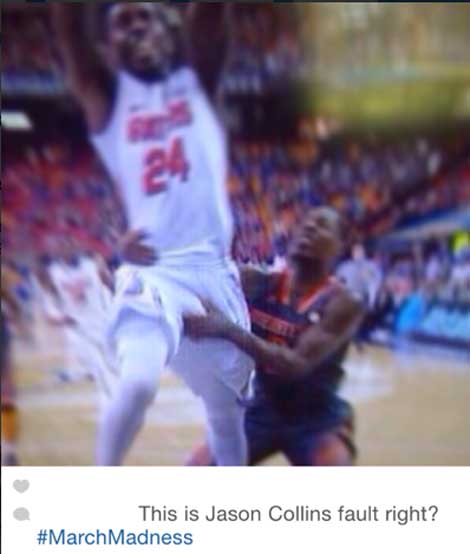