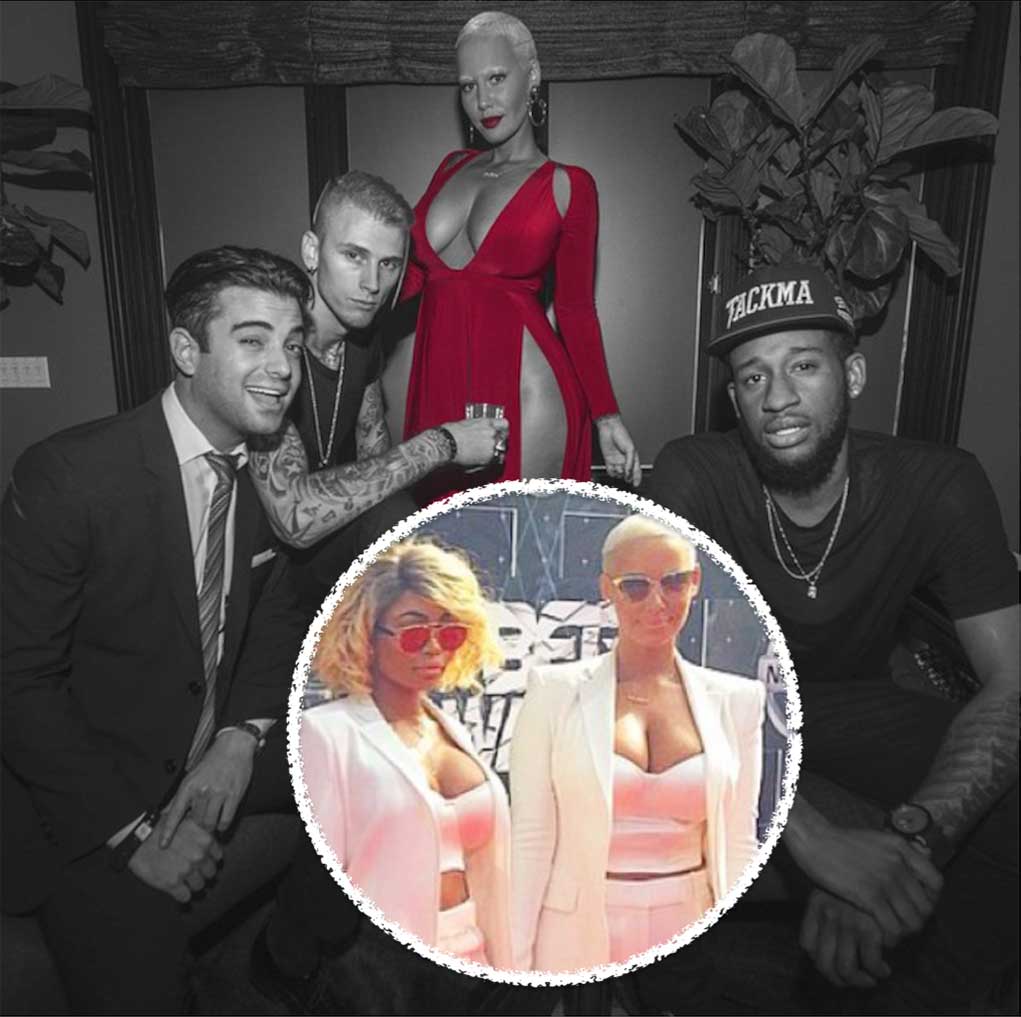 HSK Exclusive – Machine Gun Kelly is scrambling to pick up the pieces of his bearded cover-up after “the stunt” Amber Rose pulled on the red carpet of yesterday’s BET Awards pre-ceremony. Apparently Muva Rose Bud shelved beard-duty when she rolled out the real deal about her lesbian relationship with Blac Chyna, according to our insider. That’s why the “Till I Die” rapper is now “on a mission” aimed at keeping his MUVAcover-up alive! 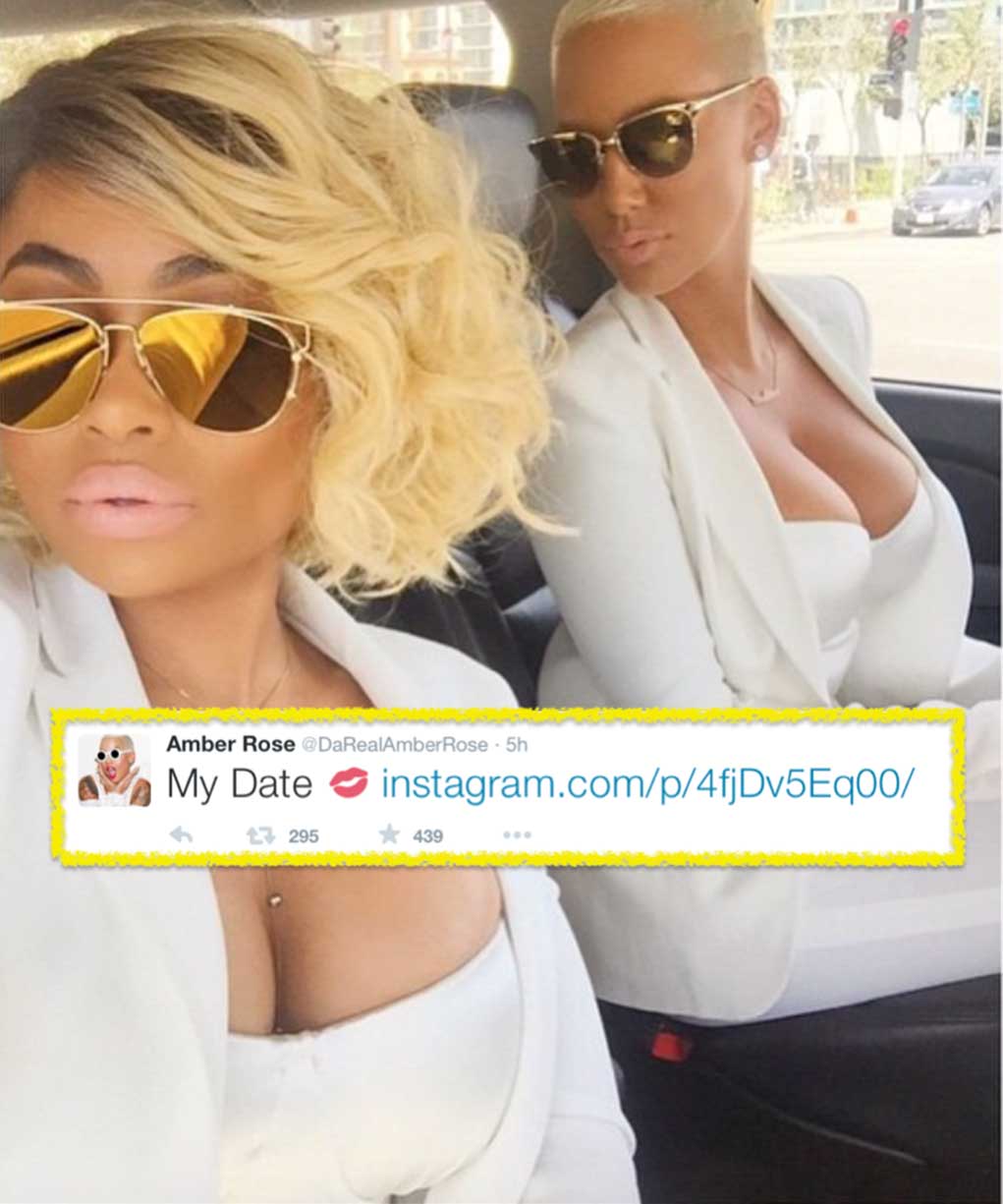 You’ll recall Amber Rose and Blac Chyna showed up to event holding hands, sporting matching white attire. We’re told the white tuxedos worn by Amber and Chyna wore may be symbolic of what the ladies have planned for the near future. Hey … Ya Hear That? *cue the wedding bells*

“Amber Rose fell out of pocket. She was … as in USED TO BE … one of the industry’s biggest beards” – INDUSTRY INSIDER 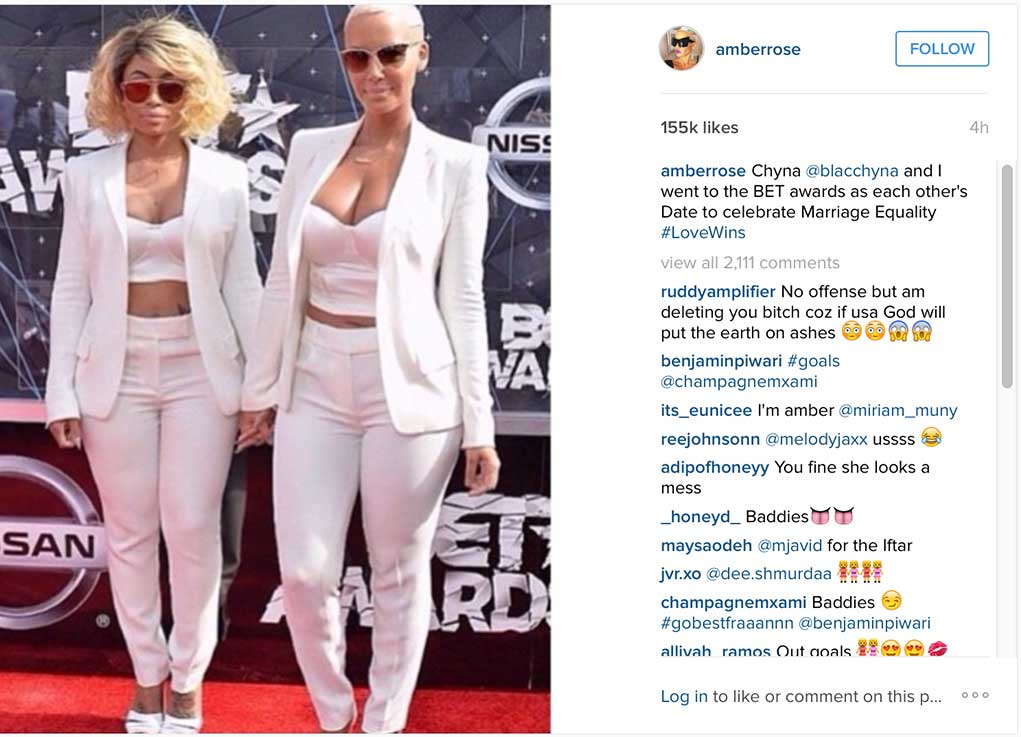 Here’s what Machine Gun Kelly just put out there about Amber Rose:

“She’s real. She’s amazing and down to earth. She’s an all-around Good Girl. We click. I need a real woman, who’s on some rider shit and that’s her. I’m not with all that celebrity pretentious shit. She’s real. She’s my type of girl.”

“Amber and Chyna were rockin’ all white yesterday to symbolize gay marriage … and their planned wedding. They smash dudes too, but Amber and Chyna are in love with each other.” 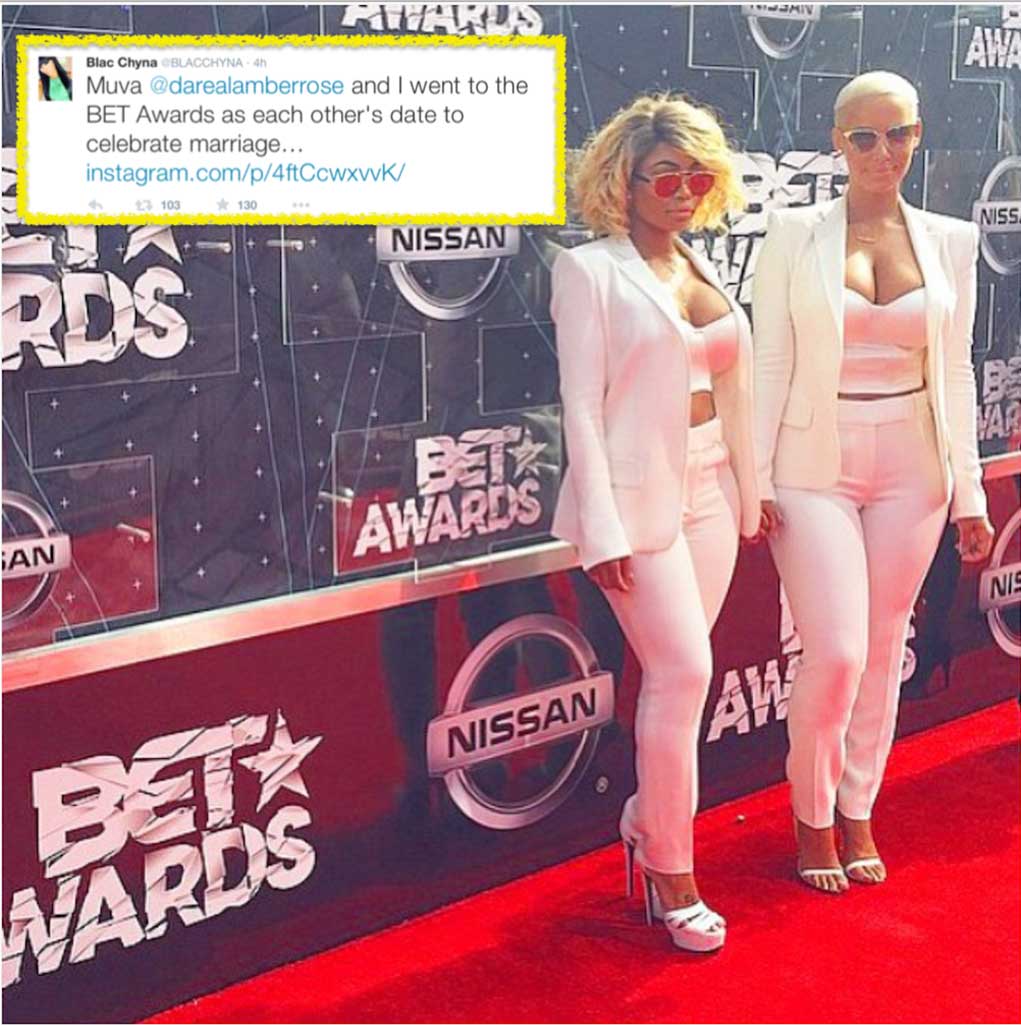