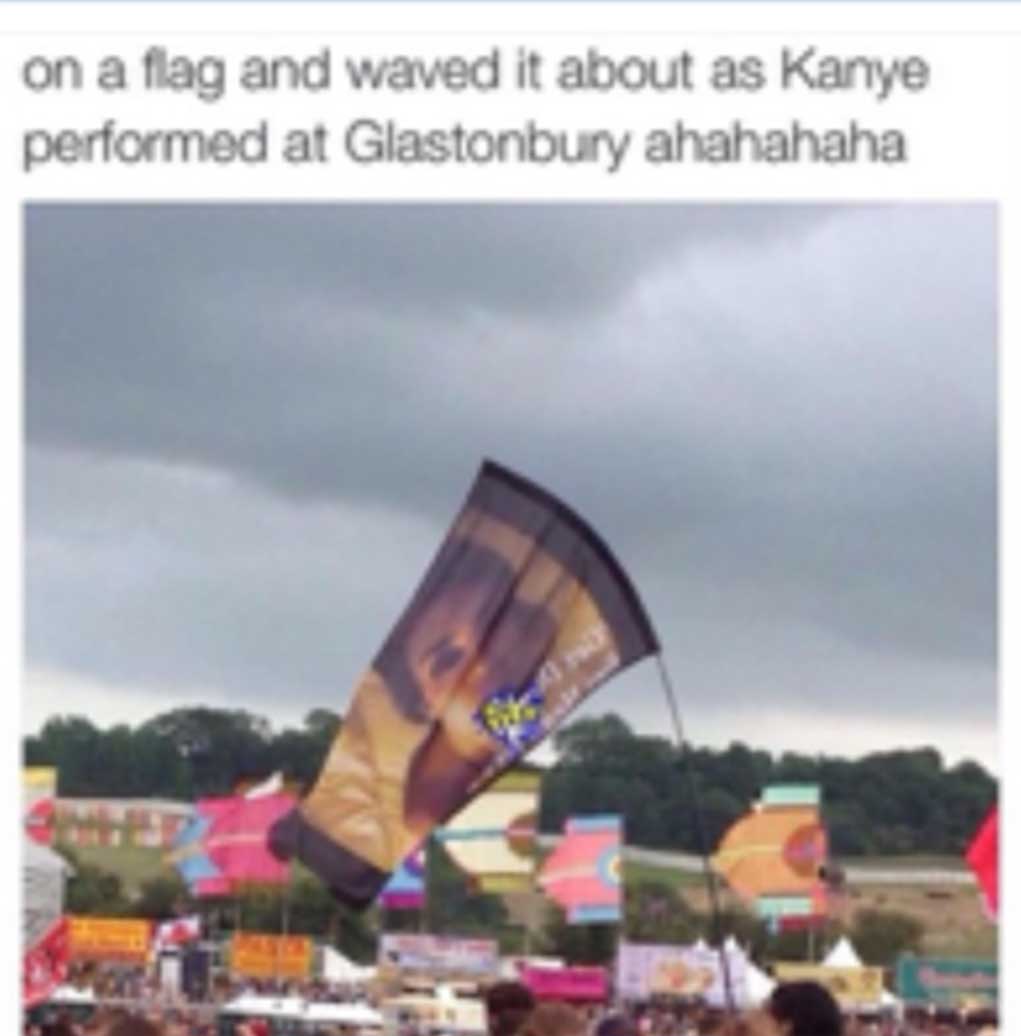 Just in case Kanye may have tried to erase any and all memories of his wife serving up Ray J with a professional … a concert goer took the liberty of helping out Ye with just that visual!

“On a flag and waved it about as Kanye performed at Glastonbury ahahahaha.”