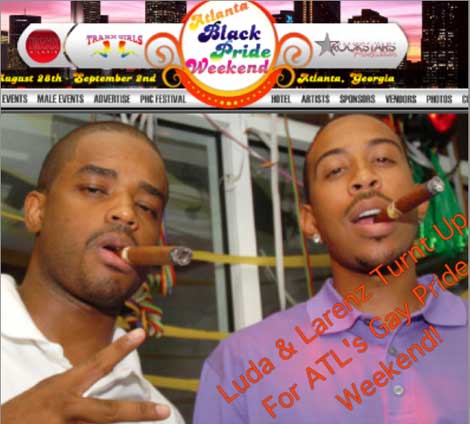 HSK Exclusive – Luda and Larenz may be making their bromance an open relationship this ATL Gay Pride weekend. We’ve learned the “Move Bitch, Get Out The Way” lyricist is throwing a private ‘dudes only’ party to mark the occasion.

Though we can’t tell you exactly how long Luda and Larenz have been secretly smashing, we’re told the pair “are longtime lovers” — and the rapper’s girlfriend Euxodie, is nothing more than his beard. 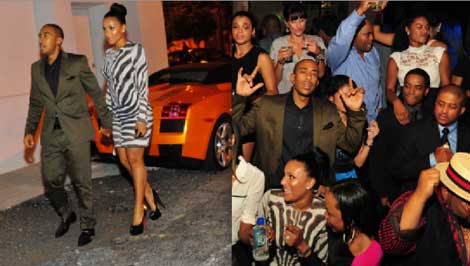 “Luda loves the guys and Euxodie loves all the perks … Like the Porsche convertible he bought her, and his Miami condo she’s laying up in while he’s in ATL with the boys.”

“That’s why whenever anybody asks him during interviews if he’s going to marry her, he always says he doesn’t know! “Come on now, they’ve been “dating” for almost five-years!

He claims she was in medical school. She should be a doctor by now, but she isn’t. They should at least be engaged, but they’re not ’cause their shit is a fake-out!” 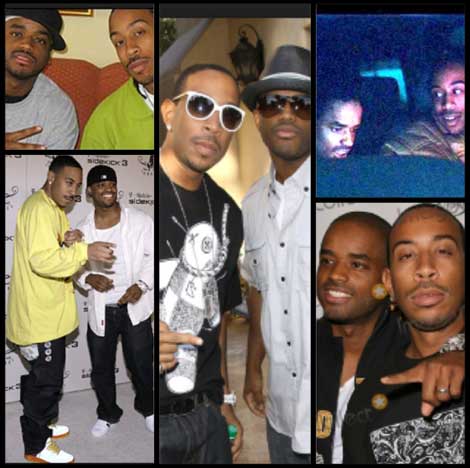