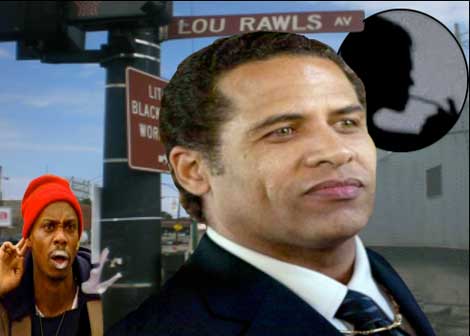 Insiders tells us the tape is now on the bidding block. It’s reported to feature Lou Rawls Jr., “hitting a crazy amount of crystal meth from a glass stem pipe.” That’s before we’re told dude “lays on the floor and disses Marvin Gaye Jr.“

“It was on New Year’s Eve at Lou’s apartment.

Lou is on tape doing Nitrous Oxide and an obscene amount of meth. Lou Rawls didn’t leave [Lou Rawls Jr.], a penny when he died because he knew Lou would have smoked up his inheritance.”