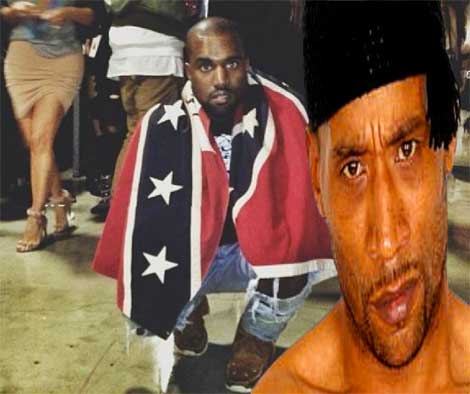 “I hope no Black people would wear no shit like that.”

Lord Jamar is chalking Kanye West’s distorted spectacles as “theater of a confused mind.” That’s why the Brand Nubian is preaching to our young brothers and sistas, letting it be known that it’s far from okay to sport any of Kanye’s distorted trends … especially a Confederate Flag.

“Why would a black man sell a t-shirt with a Confederate flag? I don’t know what that shit is all that shit is about. I would never wear that shit.”

“I mean, tell me your reasoning. You see, this is where arrogance comes in. To me, it’s like you do some shit, but you don’t explain what you’re doing or why you’re doing it.

If you trying to say ‘Alright, the Confederate flag, but I put a skull over it saying that that shit is dead.’ Aight, maybe. Maybe I could understand that. But you just putting it out there just for interpretation. You know what I mean? And let people interpret it however they want to interpret it. So, you gotta be prepared for whatever backlash or misinterpretations that you might get from that.