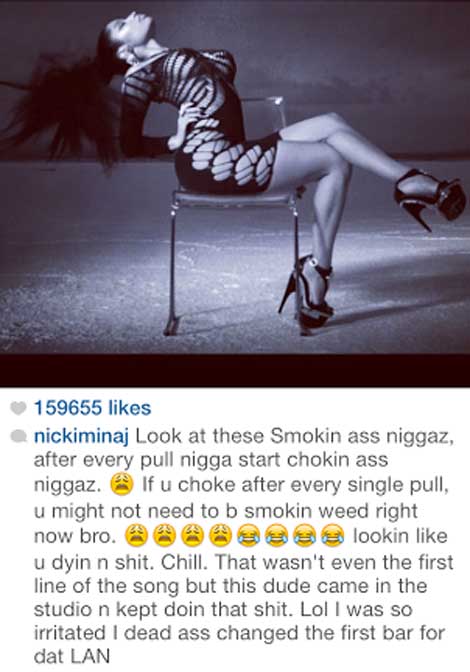 Nicki Minaj has issued a pitiful apology for using Malcolm X’s image for her “Niggativity.” And while some may choose to forgive AND FORGET what could be a SHAMEFUL publicity stunt — but SHEER DISRESPECT OF OUR CULTURE, just the same — the likes of Lord Jamar and Chuck D didn’t miss a beat in putting Barbie; in check.

The backlash she received after droppin’ the single and ‘art’ sparked Nicki to head to Hot 97, claiming she “wrote the song to empower women because there are too many songs that attack women.” She added that the song was made “to have fun,” not “to be disrespectful”. She also said that the song’s artwork “is in no way to undermine his efforts and legacy.”

Still, she sounded exasperated that people were even upset over the issue.” 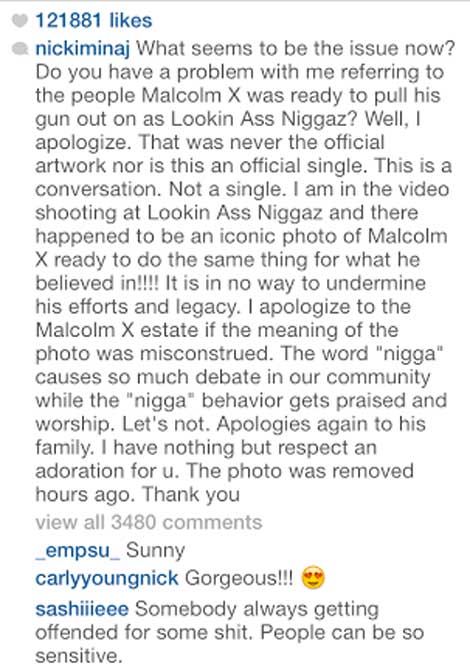 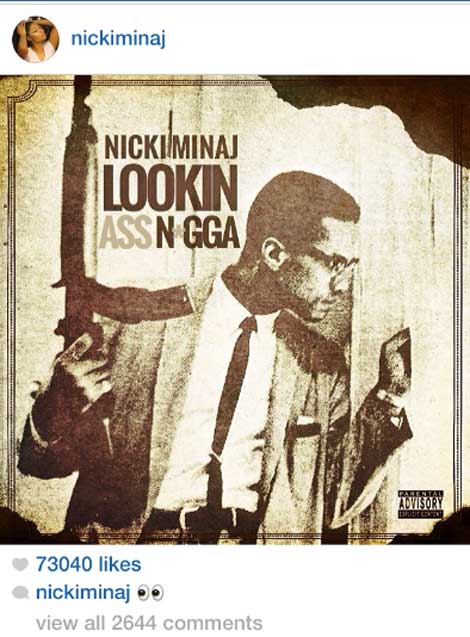