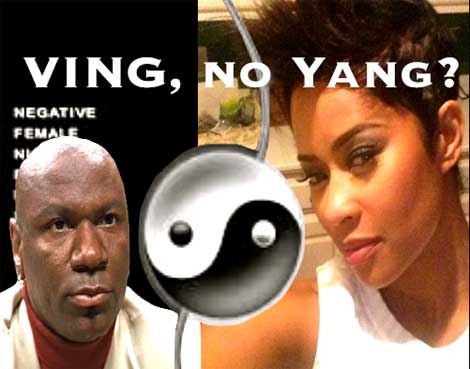 HSK Exclusive – She calls herself Lisa Wu — but ‘Pinocchio’ seems to be the best fitted alias for the former RHOA! Don’t believe me.. Just ask Ving Rhames.

That’s because our tipster says … though the actor once ‘sponsored’ Ms. Wu, her pattern of pathological lies led dude to kick her tale-tellin’ azz to the curb!

Check out what our whistle blower is spilling:

“Ving was Lisa’s secret sponsor. He finally ended their relationship because she couldn’t be trusted.”

Insiders say that’s why no one should take Wu’s word as bond. Just ask Teddy Riley, who Wu still denies she dated!