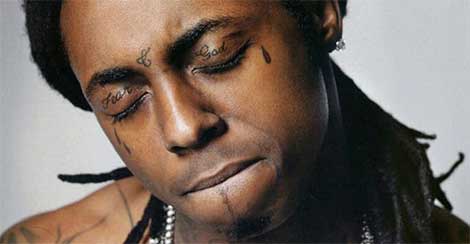 HSK Exclusive – Could Lil Wayne be that dude shedding tears on the way to lock up? According to our insider, in the months before checking himself into the tank to begin his jail sentence, Weezy couldn’t seem to help but cry over the situation.

“By the time Wayne made to his trailer he was crying to Drake saying he didn’t want to go to jail. Oh yeah … a couple of video vixens were there too.”

“After the Always Strapped video shoot Wayne was crying tears saying ‘I don’t wanna go to jail.’ Drake was comforting him and the two video chicks stood there.

Wayne encourages teens in his rhymes to break the law but in reality he’s a b*tch.”