The feud between Rashida “Rah” Ali and rapper Remy Ma is getting uglier everyday!

Last week, Nicki Minaj reignited beef among the former Love & Hip Hop New York friends, when Minaj posted a photo of her with her “sister” on Instagram supporting Ali’s business endeavors, the post went viral, and Ali was called out for being a snake in the grass. Then to add fuel to the fire, a few days later, Minaj featured Rah Ali in her diss video, No Frauds, aimed at Remy Ma.

Ali posted a statement explaining what went down and that she is a “great person who possesses a rare trait of loyalty.”

Once upon a time, Ali and Remy were best of friends, especially after Remy’s release from prison. However, the friendship fell apart after Remy “betrayed” Ali during appearances on Love & Hip Hop New York. Remy befriended Yandy Smith also known as Ali’s arch rival. 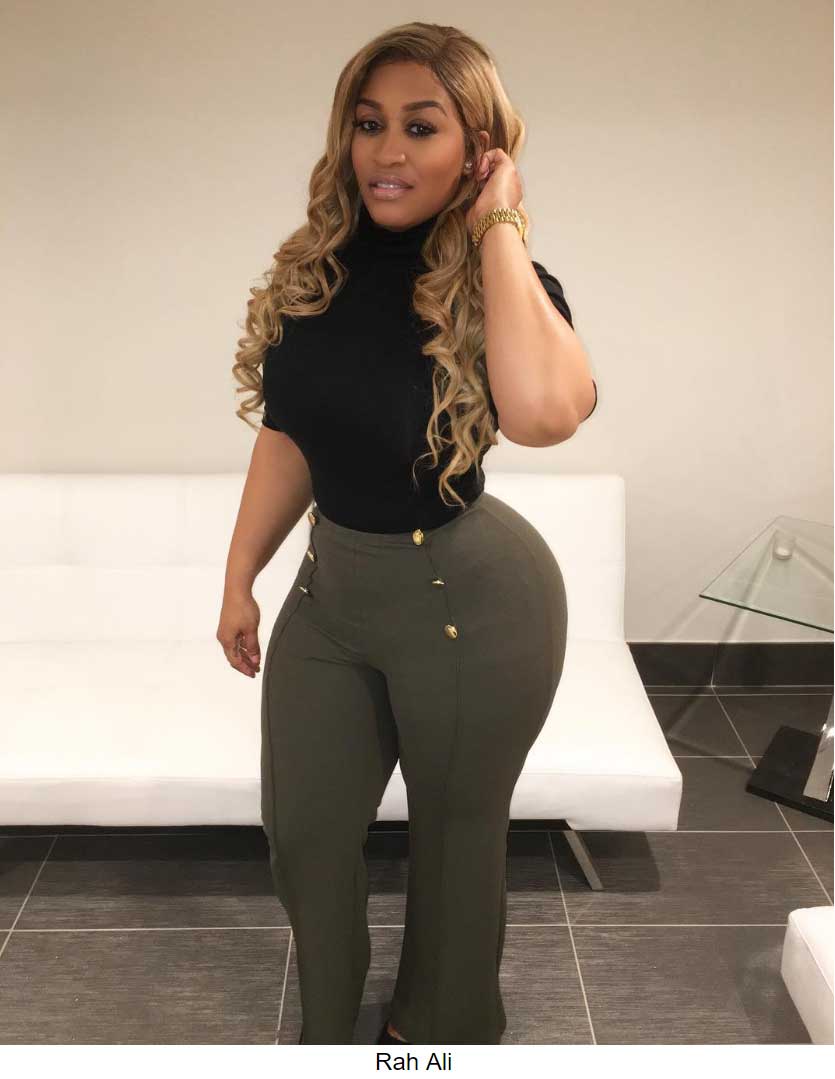 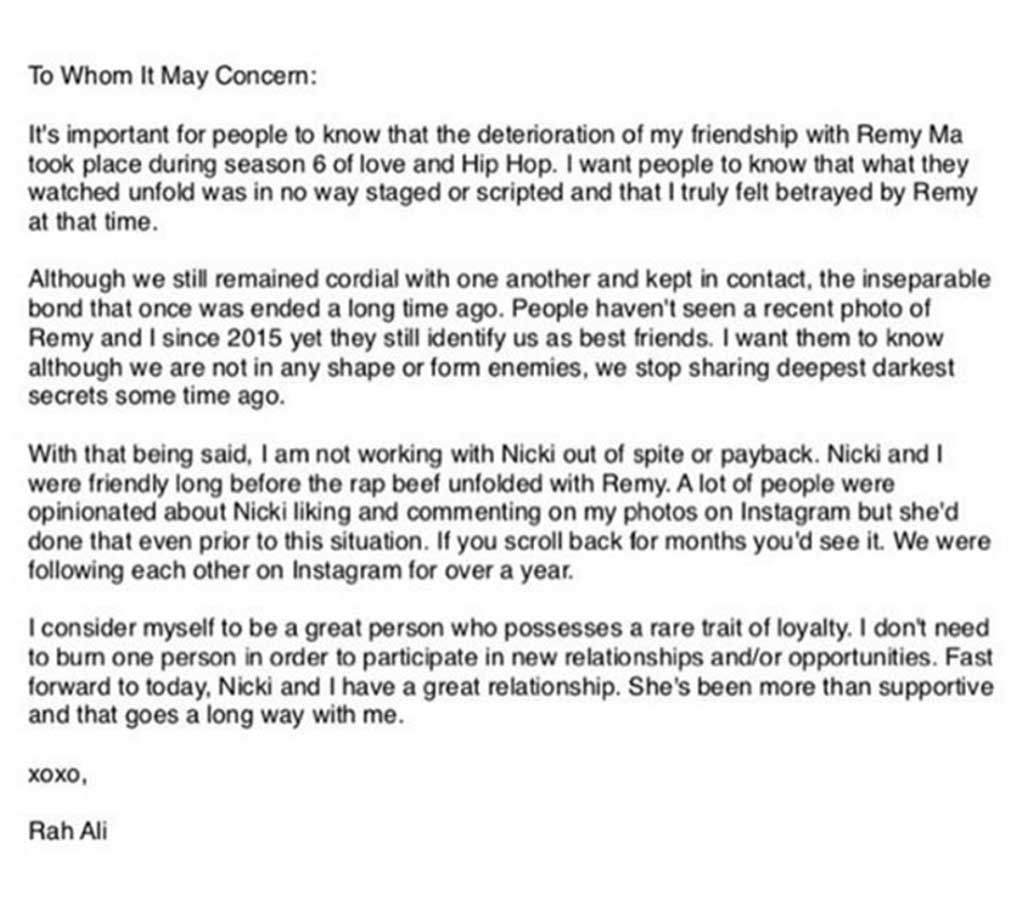 Watch the NSFW video below: