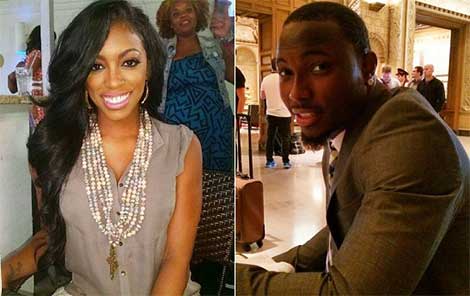 Porsha Williams is saying she’s not going to be featured very much this season of the Real Housewives of Atlanta. Know why? Because Porsha said her boyfriend at the time Philadelphia Eagles running back LeSean McCoy wasn’t available to film scenes with her.

“I want to be clear that because of Bravo I have all these amazing opportunities. I really don’t know how much I will be featured this season. My fans will see me and I will be with my girls. However, I don’t believe my personal story of rebuilding & dating will be shown. The young man I was dating couldn’t film until later in the season. However, I did feel like I had so many things going on career wise and in my family relationships that there was plenty of craziness to show. But now I can put all of my energy into building my various brands and working on my projects. I passed the peach and started a new chapter in my journey.”