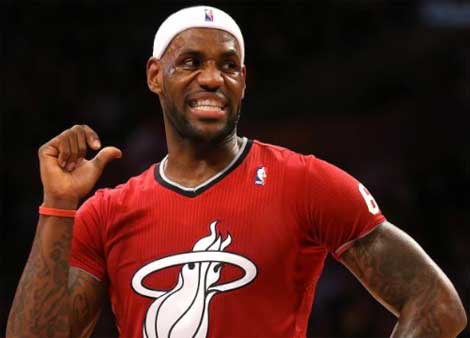 “Every time I shoot it feels like it’s just pulling right up underneath my arm.”

Word from the court… LeBron James blamed his sleeves on the new jerseys for the “poor shooting performance” he brought to the court, last night. Witnesses say… during the game, LeBron spoke out against the sleeves “partially blaming” the new team threads for throwing him off. Don’t believe me.. Just ask Brian Windhorst.

“James struggled for most of the night, scoring 19 points on a putrid 6-for-18 shooting.”

With a final score of 111-87, The San Antonio Spurs boss’ed up to the Heat — overthrowing King James. Know why? It marked LeBron’s “second-worst night of the season.”

“I’m not making excuses, but I’m not a big fans of the jerseys,” said James, who had 19 points. “Every time I shoot it feels like it’s just pulling right up underneath my arm. I already don’t have much room for error on my jump shot. It’s definitely not a good thing.”

But LeBron said this, during the post-game press conference:

“I’m not making any excuses for my performance tonight. If we are going to beat an elite team, a championship worthy team like the San Antonio Spurs, then I just need to perform better. That’s on me, and it doesn’t matter what jerseys we wear or if I have a mask on my face. I need to be better, and I didn’t get the job done tonight. Period. End of story.” 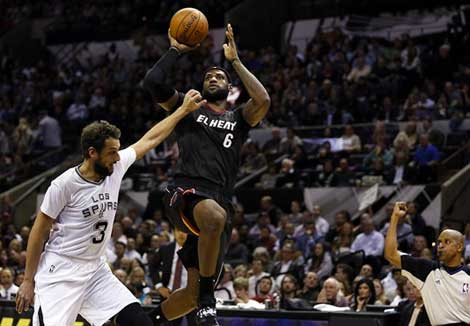