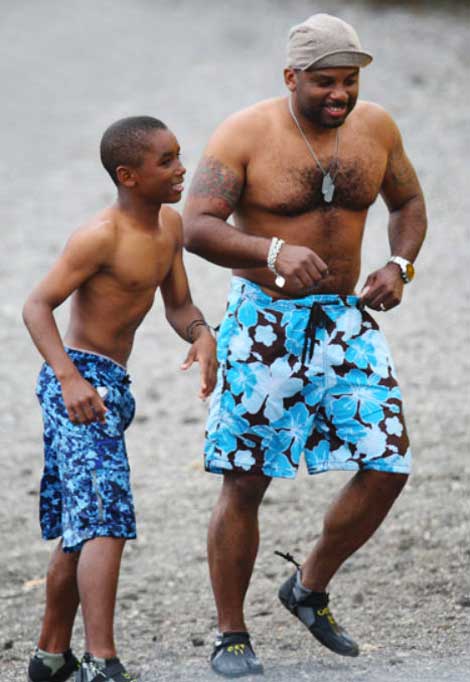 HSK Exclusive – It seems that one Cosby kid is shaking his head, after witnessing what he says is Bobby Brown’s son wasting his talents.

According to Carl “Cockroach” Payne, Landon Brown – who he’s been like a father to for several years, after pairing up with the boy’s mother, Melika Williams, the one-time girlfriend of Bobby “It’s my Prerogative” Brown – says he’s left disappointed, because Landon threw away the teachings he passed on, just to act like Bobby Brown.