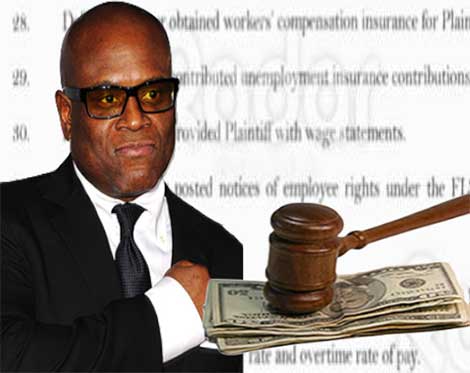 L.A. Reid is at the center of “gender (pregnancy) discrimination” allegations… in a lawsuit drawn-up by an ex-employee to the music mogul. The woman, Shola Smith-Kiran, says it was during the third trimester of her pregnancy when she was told she “would no longer function in her previous capacity… and was terminated on or about May 15, 2013.”

“She didn’t receive any compensation from September 2009-October 2011 aside from “some meals” and “nominal payments” for commutation.“

Recently released court docs reveal Smith-Kiran — a former office assistant at L.A. Reid’s Park Avenue, NYC MYMuze offices — is seeking “recovery of unpaid wages and overtime pay”… over reports that Reid stiffed her on her paper, before firing her “while she was seven-months pregnant!”

“[L.A. Reid] did not maintain records compliant with the Fair Labor Standards Act.”

“[Her] schedule routinely involved late nights and weekends, often resulting in her working 70 hours or more each week. She held no other employment during this period… and was subject to the direction and control of Reid.

MYMuze initially characterized her as intern or unpaid volunteer…”