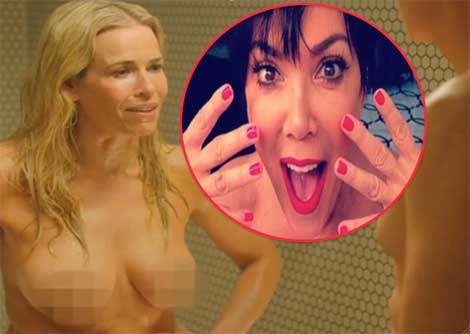 HSK Exclusive – Move over Chelsea Handler… Kris Jenner could soon be filling your spot! A tipster exclusively tells HSK… E! execs are in discussions with the Kardashian momager, who’s apparently gearing up to pull a jack move on Handler’s last night talk show.

We’re told.. E! axed Handler last month. The network is now reported to be banking on the Kardashian’s H.B.I.C. to takeover.

“Kris Jenner failed at daytime television because daytime viewers aren’t her audience. Late night television viewers and Kris will bond and the executives over at E Channel know this.”