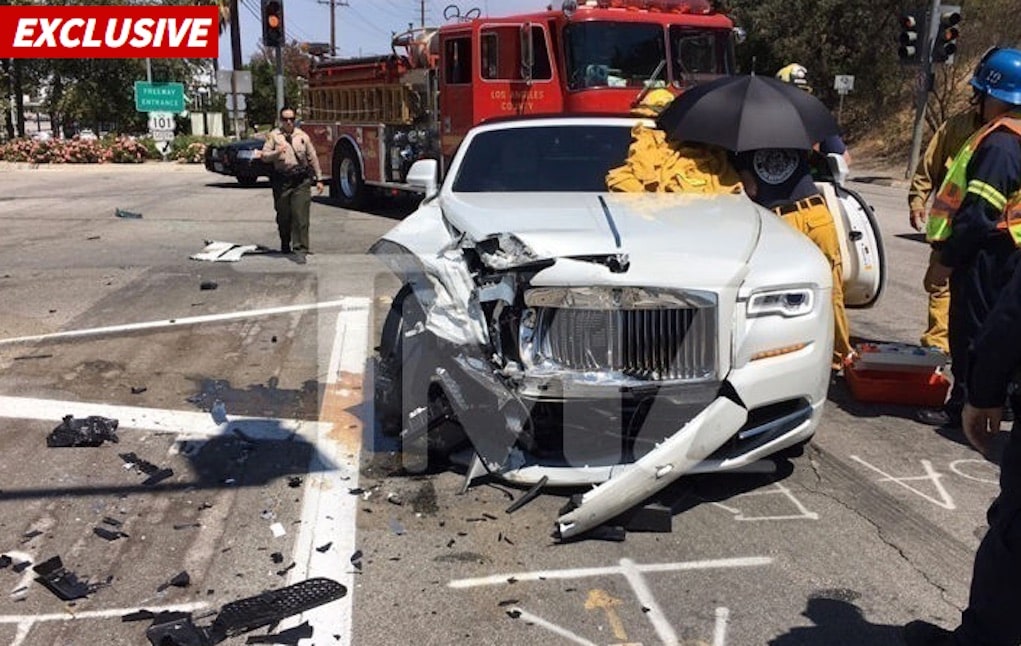 Kris Jenner was just involved in a car accident off the 101 freeway near her home in Calabasas. According to TMZ, the impact of the crash was so severe, she may have broken her wrist.

Police say Jenner was driving her white Rolls Royce when it collided with a Prius. But TMZ wants everyone to know that Kris was not at fault! The Prius allegedly ran a red light.

Kris just got the Rolls Royce a week ago.

You think Keeping Up With the Kardashian cameras were filming, or will they have to reenact the crash for the show?