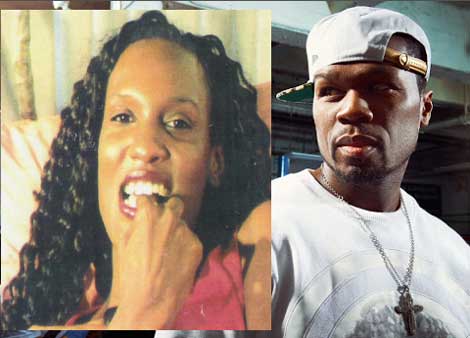 50 Cent’s name is one which Author Kola Boof may have wanted to reconsider listing as one of her “Top 20 Big Celeb Sticks.” Know why? In her own words [from a recently released YouTube video], “The top twenty celebrity men with the biggest penises are from the 80’s and the 90’s.”

The problem is, Fiddy didn’t land his celebrity status until 2003 — with the release of his debut studio album “Get Rich or Die Tryin.’

The List — featured in Boof’s 2006 ‘autobiography’ “Diary of a Lost Girl” — “became a controversial bestseller.” That’s according to Publishers Marketplace. That read is now being dubbed “a book of lies.”

Here’s some of Boof’s most recent spiel:

This isn’t the first time Kola Boof has been outed for capitalizing on LIES. She’s the same woman who claimed to be Osama bin Laden’s “sex slave,” once dated Mike Tyson, Gerard Butler and the President of South Africa, “President Zuma” …. AND serving as “a secret agent performing spy missions for the Sudan Peoples Liberation Army.” THIS IS HILARIOUS!!!