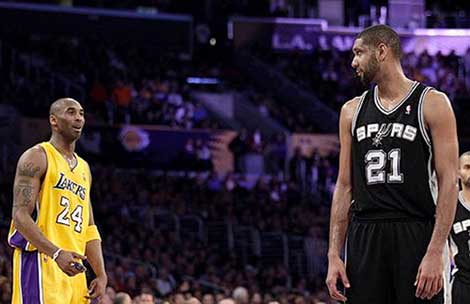 Kobe Bryant has revealed bang’in on Tim Duncan as one of his ‘Things To Do in Brasil While Watching The World Cup.’ Apparently… five-time NBA champ Bryant is fuming over five-time NBA champ Duncan for joining him on the winner’s court. Kobe’s said to now be “begging” the Buss family, from Brasil, to get LeBron to sign with the Lakers.

“If you ask me if I’m okay with Tim winning his sixth championship, I’m not. I’m not okay with that.”