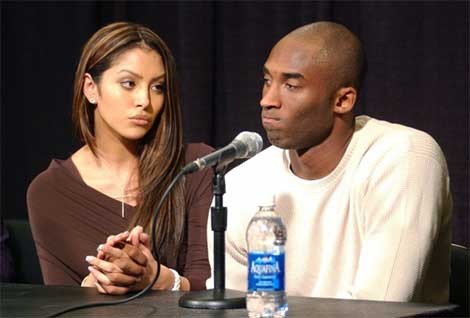 Kobe Bryant said the stress of his rape case led his wife Vanessa to have a miscarriage, back in 2006 and he can’t forgive himself.

The Los Angeles Lakers star basketball player went on to say he believes the anxiety led his wife to lose what would been the couples second child.

“The rape case turned my world upside down. It’s a man’s job to look out for his family. In that aspect, I failed miserably.”