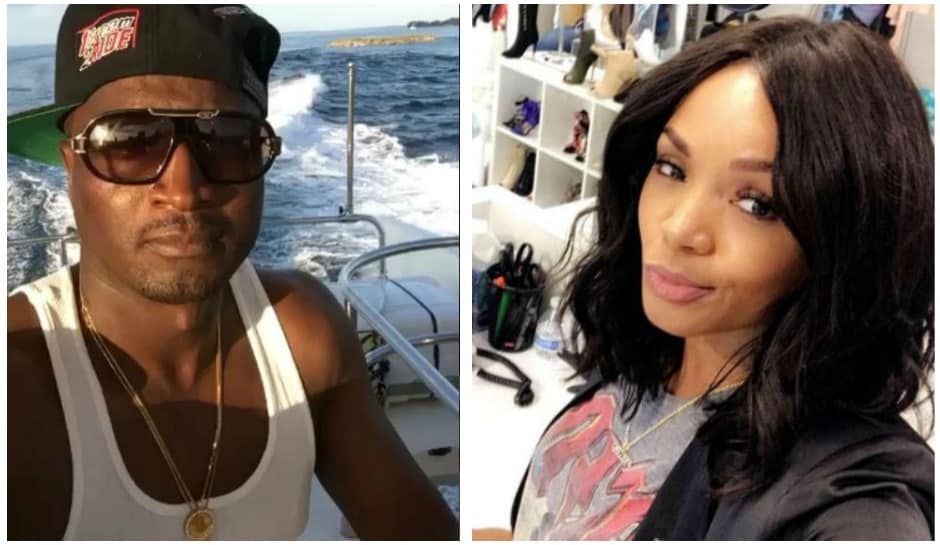 Jasmine Washington, the woman who claims that Kirk Frost is the father of her son has had a boyfriend by the name of Logan for 11 years. Rod Bullock, who is Jasmine’s pimp and was recently released from federal prison did not know that Jasmine was seeing Logan and himself at the same time. Jasmine actually told Logan’s mom that she was pregnant and she named her son Cannon after Logan’s deceased father. She also admitted that Cannon is not Kirk’s baby,” says a snitch.

“In upcoming episodes, this information will be revealed as Jasmine and Rod are trying to set up Kirk. Once Rod found out Jasmine was pregnant, he told her, ‘Let’s take advantage of this Love & Hip Hop opportunity.’ However, he didn’t know about Logan at the time. Jasmine then changed the spelling of her son’s name to a ‘K’ because all of Kirk’s kids’ names begin with the letter ‘K’ after him.”

Kirk has denied being the father of this baby and was allegedly ready to pay her $5,000 to “disappear.” This is hardly Jasmine’s first run-in with this type of incident, as the source adds she was “ran out of her hometown for trying to set up and swindle other men.” “When Logan (the real father of the baby) shows up to film a scene about this entire situation, Jasmine is blindsided and runs out the room because she realizes he is about to blow up her entire false story.

Jasmine had no idea the producers dug up her ex-boyfriend,” the source explains.