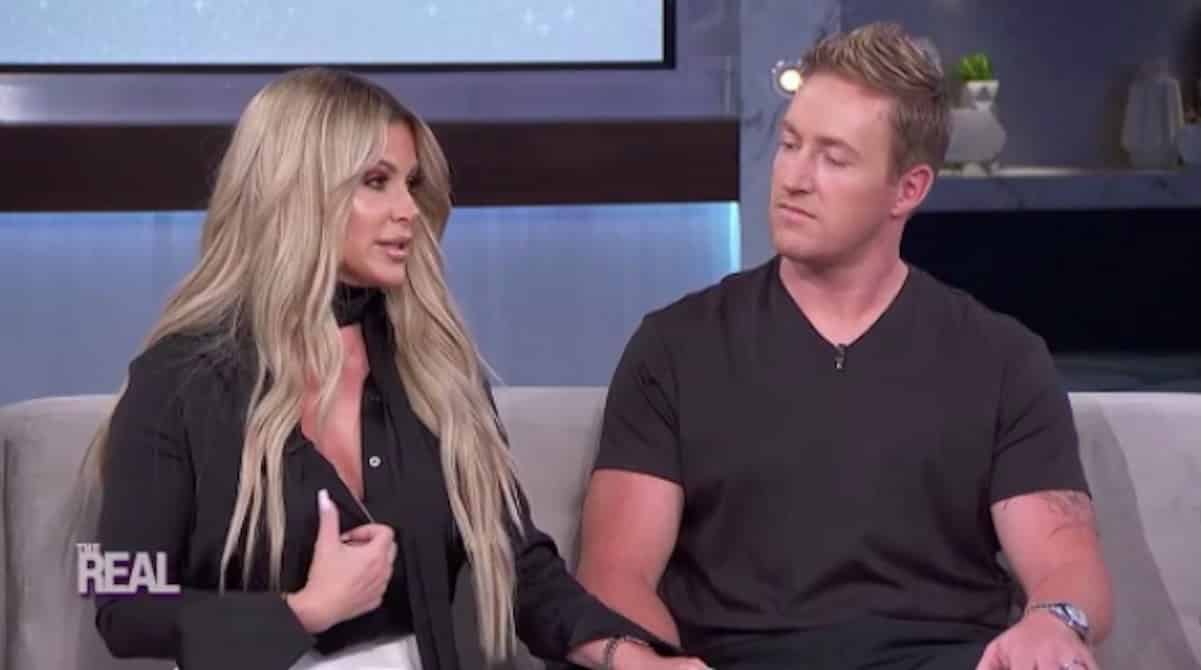 Kim Zolciak and her husband Kroy Biermann showed up at “The Talk” to discuss the whole Brielle vs. NeNe Leakes roach debacle.

And Kim did what she does best…Lied her a** off!

After NeNe called Kim a “racist,” Kim has decided to “obtain legal counsel.”

“She put #KKK on the Instagram post. I’ve hired legal counsel at this point. It’s just that bad. It’s inappropriate. In this day and age, people are dying over racism. I’m on a show with all African-American women and I’m the only one that’s ever been on the show that’s Caucasian, so it’s the card that sometimes they play and it’s gross. And I won’t allow it.”