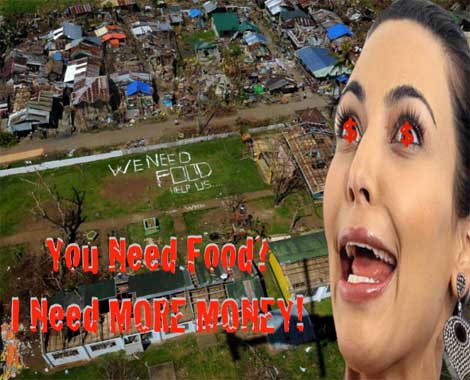 HSK Exclusive – Kim Kardashian is proving herself to be no different than the Filipino political figures who led the UN to instruct American military forces to forbid them from touching the goods and donations arriving on the the islands, intended solely for the victims of Typhoon Haiyan.

That’s because we’ve learned Kim Kardashian — whose net worth is estimated at $40 million — is currently using the tragedy in the Philippines as a cover to hock the pre-baby threads she can no longer squeeze her Lard Azz into.

“She’s keeping 90 percent of the profits from the sale for herself. She did not mention that that “portion” was a measly 10 percent.”

Check out what Kim K the exposed con woman had to say on her website:

“Hi guys, this is a very special auction because a portion of the proceeds of my eBay auction are going to International Medical Corps, a nonprofit organization that provides critical health services on remote islands where families are struggling to access medical care and basic resources like food, clean drinking water and vital medications.

The proceeds will go directly to the communities they’re serving in the Philippines and will help typhoon survivors get access to medical care and ultimately save lives,” she noted before adding, “My prayers and thoughts are with those affected by the typhoon. Check out my eBay auction here and support those who need our help in the Philippines. Xo.” 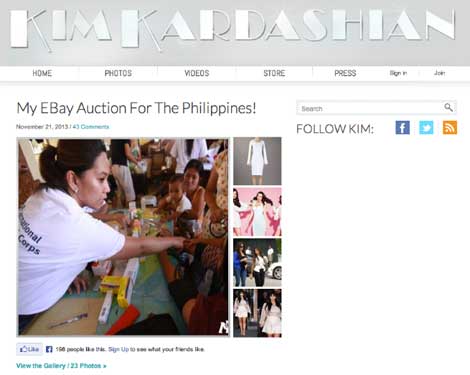 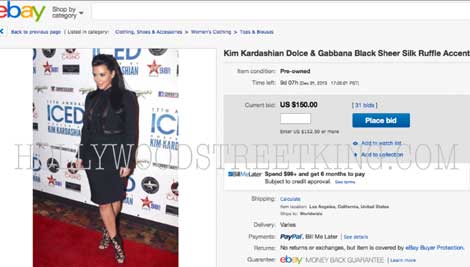