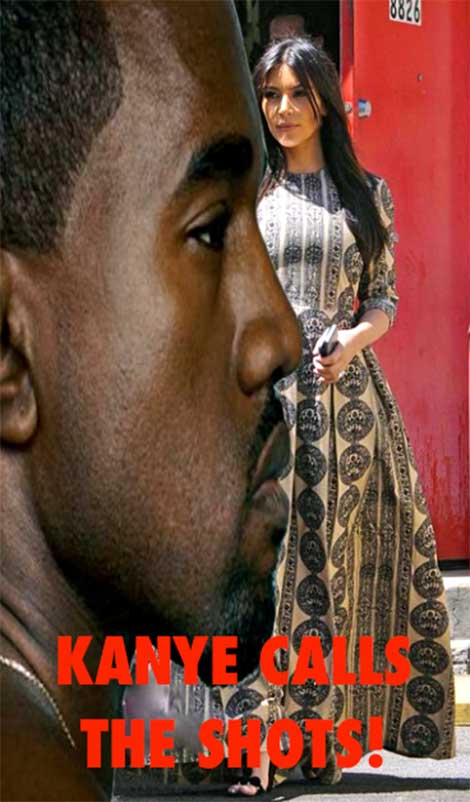 HSK Exclusive – In the weeks before they exchanged vows… Kanye is said to have laid down the ground rules for Kim. Don’t believe me.. Just ask Riccardo!

We’re told… not only did Kanye order Kim to send momager Kris kicking rocks, he and his bromance buddy are also telling Kim what to wear!

“Kanye and Riccardo Tisci are also telling Kim what to do. Kanye is insecure and he no longer wants Kim to be viewed as a sex symbol.”