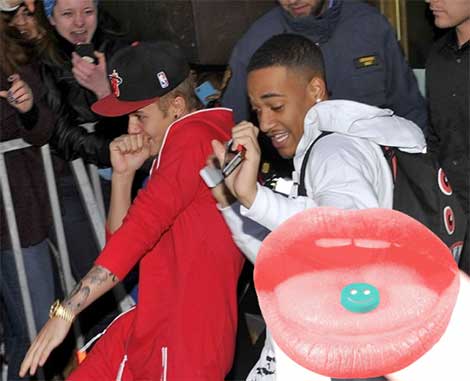 HSK Exclusive – Did The Biebs turn on a homey who did him a solid by taking a drug wrap for him? That may soon prove to be the deal. Just ask Lil Za, who’s reportedly getting ready to blast video of The Biebs “admitting the drugs were his.”

“Justin Bieber isn’t just a racist… he’s a cheapskate too. That’s why dudes like Lil Za are turning on him.“

You’ll recall back in January of this year… Lil Za “bragged he gives young girls Mollys to satisfy them.” That’s after Mollys were uncovered at Justin Bieber’s Calabasas home… revealing Lil Za’s hand in helping Bieber to keep a clean name.

“Bieber is a real piece of shit and his career is coming to an end. Lil Za took the wrap for Bieber and Bieber treated dude like shit.”