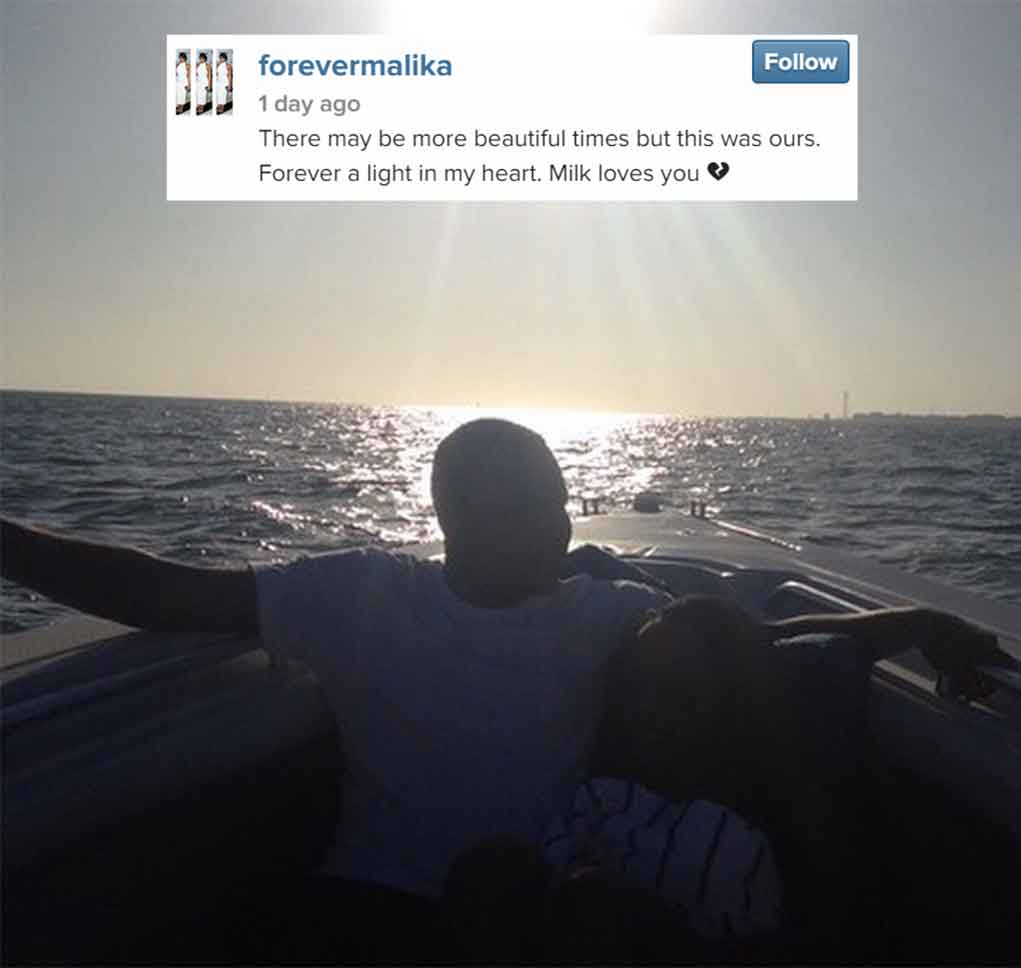 French Montana and Chinx Drugz used to smash groupies together all the time on their road trips.”

You’ll recall the 31-year-old rapper on the rise — real name, Lionel Pickens, 31 — was killed after cops say he “was shot multiple times” during a Queens, New York drive-by, at about 4AM on Sunday. Just hours after his murder, Malika turned to social media to drop her suspect spiel of being the late lyricist’s former mistress. It’s an IG post that sparked a buzz within the industry. Don’t believe me.. Ask Mena!

“There may be more beautiful times but this was ours. Forever a light in my heart. Milk loves you.”

“Chinx wife Janelli snapped the minute she found out her man was murdered. Then here comes Malika telling the world that she was his mistress. Janelli is bout to snap a second time when she finds her husband was freaking off with French, Khloe and Malika!”