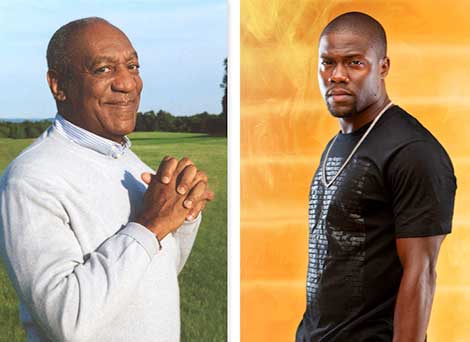 Kevin Hart said in a recent interview that; whatever Bill Cosby is going through in his personal life, wouldn’t stop him from admiring the 77 year old comedians work.

“Right now, it’s a lot of speculation. All I can do is just say my prayers, and my wishes go out to all of the women who are potentially involved. His personal life has nothing to do with me. I can’t control it. I will never try. It doesn’t stop me from being an admirer of his work. His work and his personal life are two separate things.”