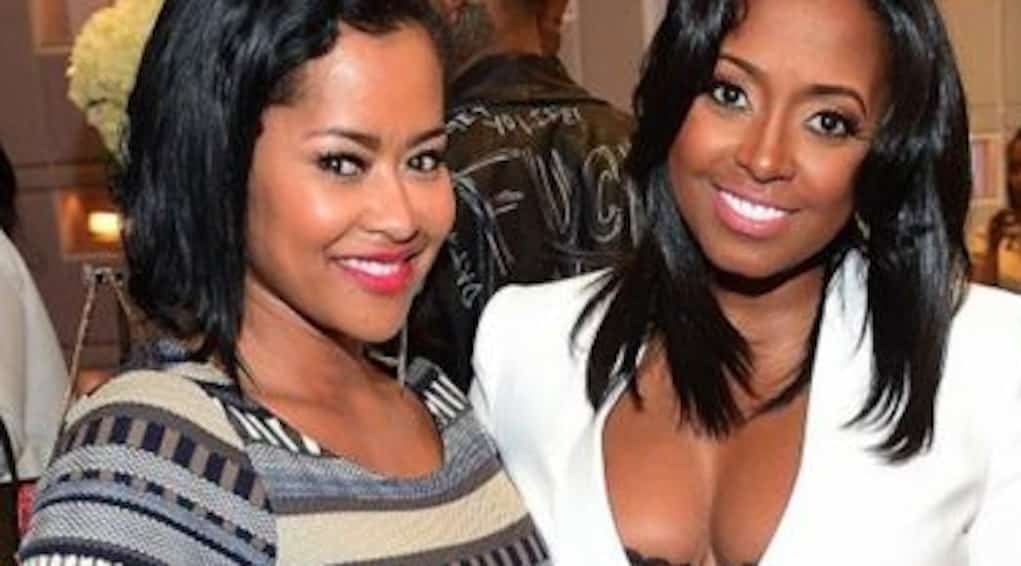 This story just gets messier and messier, doesn’t it? Now that Keshia Knight Pulliam’s brief marriage to Ed Harwell is over, you would think the two would focus on planning for the birth of their baby, right? WRONG!

Keshia is out for blood, and it all has to do with Ed’s ex-wife, Lisa Wu, who made some shady comments agains the child actress on an episode of Hollywood Divas.

On Keisha’s podcast, “Kandily Keshia,” the actress tries to address rumors that she and Lisa were friends, and she went behind her back and married Ed.

Keisha is tired of being slandered on television, and she has her lawyer on speed dial, ready to hit Lisa where it hurts!

“Lisa Wu and I have never, will never, be friends. I have no ill will for her, I don’t know her like that it was never a situation of stealing anyone’s husband. They were divorced many years before we even started dating and yes we live in Atlanta, it’s a small town. Have I run into her? Have I taken a picture with her? Absolutely, but I take pictures with people every day. And if you were categorized as friends with everyone you took a picture with, would that be accurate?”

“I just want to say that I have no desire to continue to be a part of that lie and to continue to be part of a false made up story line that puts me in a defamatory, derogatory light and I don’t have anything more to say about that. But my attorney will be dealing with that from a legal standpoint with TV one and that whole situation, Lisa Wu, so forth and so on. It’s very simple, no need to say my name, because I’m not a part of it. I respect her for being EJ’s mom because I love him dearly and our connection is that we’re going to have the same ex-husband and our children will be siblings, but beyond that, that’s all. I wish you the best, and I’m moving forward.”

Can you blame her?

So yeah, I'm tuning in to Hollywood Divas tonight at 9 on @tvonetv and even tho they've wrapped I hope the camera are back out to give us even more TEA! ????? #HollywoodDivas #RHOA #lisawu #keishaknightpulliam #edhartwell #divorce

A video posted by RHOAtea by Justin Diego (@realhousewivesofatlanta) on Jul 27, 2016 at 5:34pm PDT