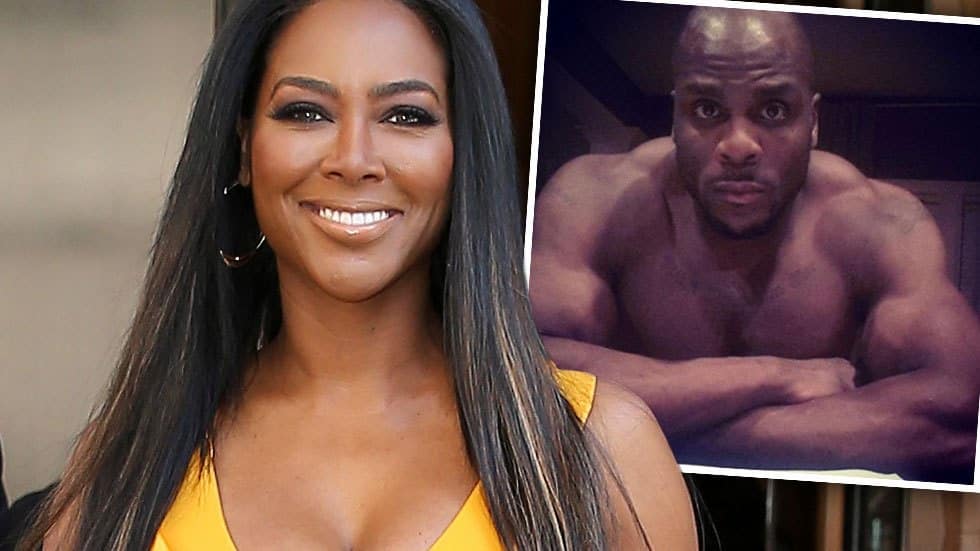 RHOA’s, Kenya Moore, has filed a request for a temporary restraining order against her former boyfriend Matt Jordan.

In the petition, she wrote that the stalking began May 31, 2016 after a trip to Mexico where he had allegedly kicked in a hotel door in anger. “Upon returning to Atlanta, … Respondent entered Petitioner’s residence unannounced and threw all of Petitioner’s items from her suitcase outside onto the driveway while cursing at Petition. Petitioner called 911 but Respondent fled before police arrived.”

In August, as seen on the show, Jordan “broke a garage door glass window and the rear window of [Moore’s] vehicle and [Jordan] was seen on video spray painting some of the home security cameras.”

Two weeks later, a neighbor of Moore’s “called police because [Jordan] was throwing items at [Moore’s] house, breaking windows, while he was on the phone with [Moore] yelling at her.”

Between September 2016 and February 2017, Jordan called Moore up to 30 times a day, the petition said. Moore blocked his number in February but she began getting calls from an unknown number all hours of the night.

He posted several messages complaining about Moore on Instagram the past few weeks, saying he felt used by Moore and was upset he wasn’t invited to the reunion show and compensated accordingly. Around March 20, Jordan told a friend of Moore’s that she was going to “get what she deserves” and that he was going to “get” her, the petition said. She felt like she had a “reasonable fear” for her life.

She requests that Jordan be served the notice and have the court order Moore “to stop harassing and intimidating [Moore] and her immediate family,” not have any contact with her and stay 200 yards away from her and her home. She also wants him to receive “appropriate psychiatric or psychological services.”

On the show, he has shown plenty of signs of serious anger issues.