Kim Zolciak made a loud return to The Real Housewives of Atlanta on the season 9 finale with a deafening QUACK!

During Sheree Whitfield‘s housewarming extravaganza — complete with barely clad women twirling in balls from the ceiling. Zolciak and Kenya Moore got into a heated argument, trading harsh insults over Kenya shaded Sheree‘s unfinished basement. But the drama did not end at Chateau Sheree, as each lady is now accusing the other of jealousy.

Kim spoke to People and she’s adamant that the former Miss USA is jealous of her life — her marriage to Kroy Biermann and six kids.

Kenya fired back with a zinger.

According to the Moore Hair Care owner,Kim’s jealous that she’s all natural.

“I appreciate my genes and the face that I have my original face and I don’t age like sour milk.,” said Kenya.”

Kenya also broke down her reaction to Kim‘s dramatic cosmetically altered face and their heated fight at Chateau Sheree.

“When she came for me, I had to first figure out if it was really Kim. Her own mother probably couldn’t pick her out of a line up now, so how could I be expected to? She kept making nasty comments about my appearance… This is the same woman who wants people to believe she hasn’t had any plastic surgery done to her face, but she can’t close her eyes when she blinks. B***, bye! No, I don’t want to be Kim. Yes, I would love to have children, but I’m not interested in having three baby daddies.” 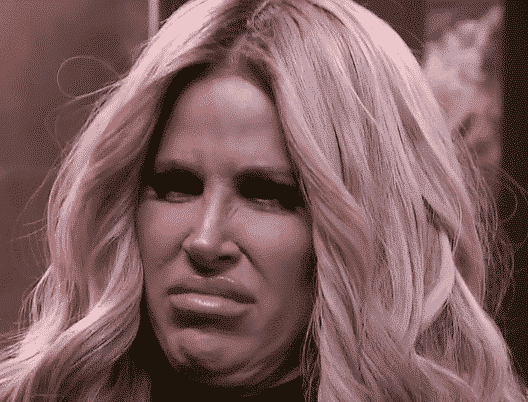