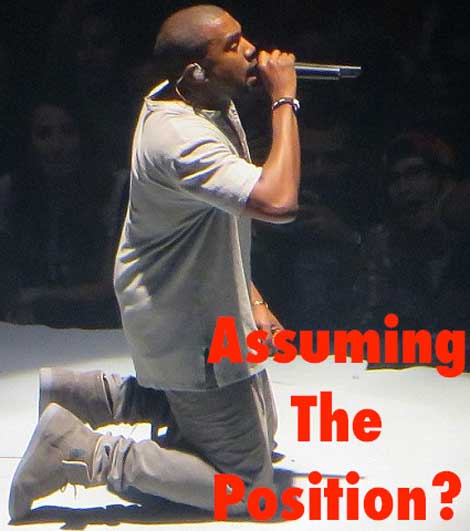 Yeezus stormed off stage in the middle of his Tampa performance, Saturday. That’s while reports reveal the rapper slang some “profanities at his tech crew” and “compared himself” to Steve Jobs, Thomas Edison and Nelson Mandela!

Let’s just place that info aside for a minute to consider the pic taken during the show … it’s hard for us to decipher what the real story is. Don’t you agree?

Here’s what The Daily Mail reports:

“He became suddenly displeased with the sound and lighting scheme … Only a few seconds into his third song of the night, West demanded that the music be halted as he chewed out a sound tech for failing to get his levels right. He went on to berate a tech named Laura for failing to give him the ‘deep voice’ effect through the sound system … After a short delay, Kanye returned to the stage, performing a rousing rendition of Send It Up.”