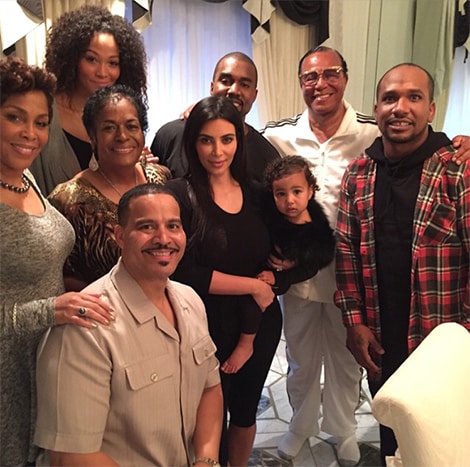 Chicago rapper, Chi Hi The Prynce, hooked up his Good Music imrpint bosses, Kanye West and Kim Kardashian to pose in a photo with Minister Louis Farrakhan. Know why?

Because Kanye is tired of black people calling him a sell-out. So, wanting to look like a militant, told his artist Prynce, to hook up a photo with Louis Farrakhan. Don’t believe me.. Ask Common.

“Kanye is about to drop a new album and he doesn’t want to lose his black fan base.”