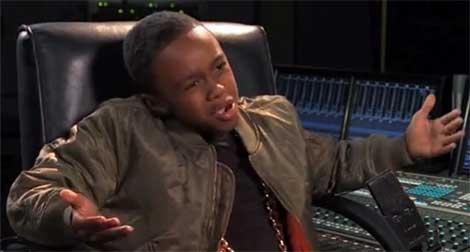 “I’m the smartest celebrity you’ve ever f*cking dealt with. I’m not Britney Spears.”

A transcript of Kanye’s deposition in the case surrounding the beating a TMZ photogagrapher, smashing his camera in the attack. In it, Kanye explains to plantiffs attorney, Nate Goldberg, “”I’m in the business of trying to make dope shit for the world. You’re in the business of representing scums and trying to make as much money as long as there’s this lapse in the law.”

Here are some highlights:

Goldberg grills Kanye about his song, “Flashing Lights,” — a rant against the paparazzi. Goldberg quotes from the song, “Till I get flashed by the paparazzi, damn, these ni**as got me.”

At that point Kanye interrupts, “You have to ask for a hall pass. You can’t just say the ‘n’ word around me.” adding, “It offends me because you’re a white person saying ‘ni**a.'”

Kanye says there’s a parallel between blacks fighting for civil rights in the ’60s and celebs fighting for theirs today: “I mean in the ’60s people used to hold up ‘Die Nigger’ signs when my parents were in the sit-ins also.” Goldberg asks if he equates the struggle of blacks in the past with celebrities today and Kanye says, “Yes, 100 … I equate it to discrimination. I equate it to inequalities.”