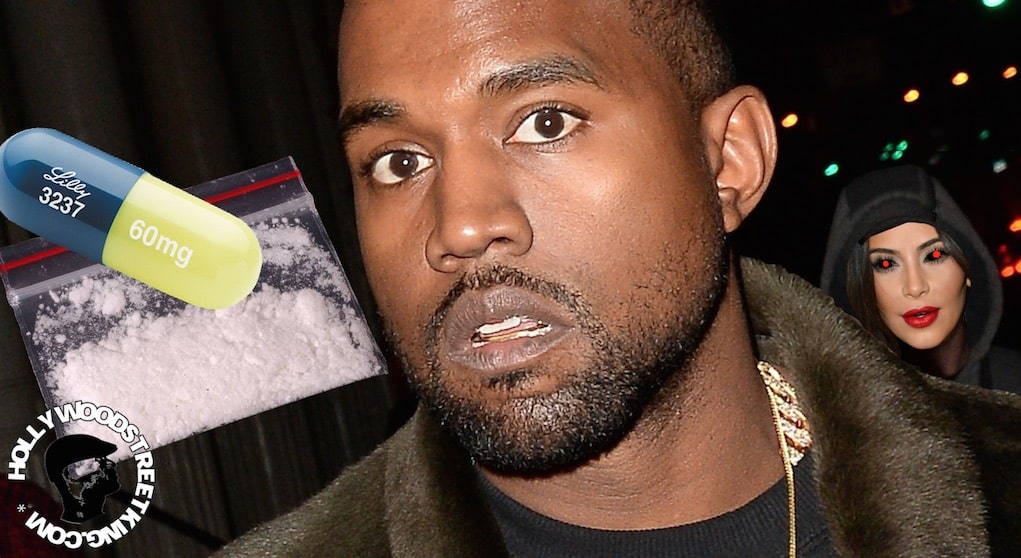 Either Kanye wasn’t told that Cymbalta and cocaine don’t mix — OR — he just don’t give a fizz-na-ee! Word is … the turnt-up-to-the next level combo of his daily anti-depressant and dat CoCo is what’s to blame for Kanye’s on the reg rants. Don’t believe me… Just ask Kylie Jenner!

“Kanye has fallen all the way into the Hollywood lifestyle. He’s sniff’in coke now and he’s drinking … all while he’s on his meds.”

What’s worse? According to our tipster, Chiraq’s Very Own pop rapper hasn’t only gotten hooked on alcohol and street drugs … he’s said to be hittin’ himself up with roids “to maintain his physical appearance.”

“If he continues to mix his medication with blow and booze, Ye is headed for a major breakdown.”