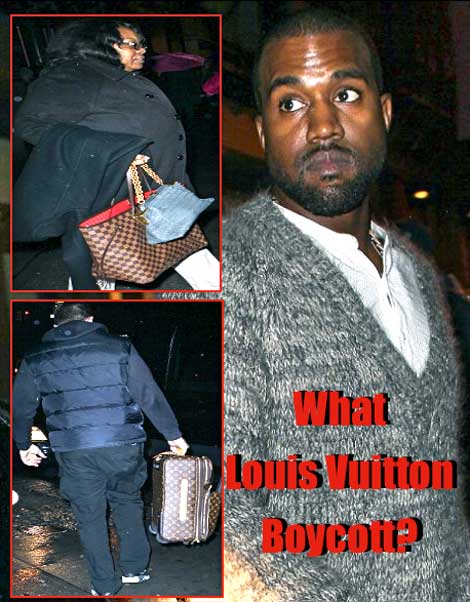 Kanye may have announced a boycott against Louis Vuitton, but that doesn’t mean he’s following suit. Just this past Tuesday, Yeezus was spotted leaving his NYC apartment … with some Louis luggage in tow!!!

Now, sources say, “after the rapper’s outburst against the brand, it is surprising the two items weren’t immediately banished.”

Here’s what The Daily Mail is reporting:

“Someone clearly didn’t get the memo as Kanye West and Kim Kardashian’s staff were spotted loading the couple’s luggage into a car. An LV tote bag and suitcase were among the belongings.”

Does Kanye run around saying Kim Kardashian “is the most beautiful woman of all time”? Of course! Just ask Angie Martinez. 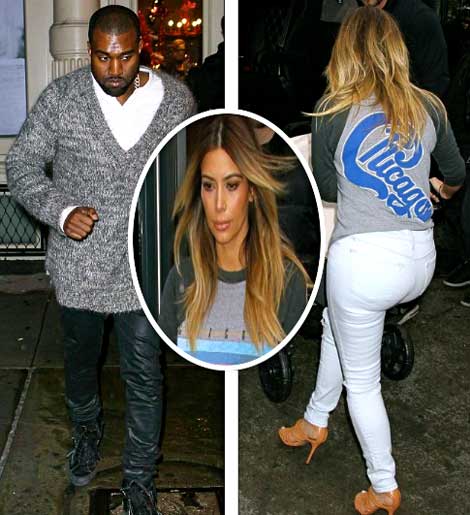