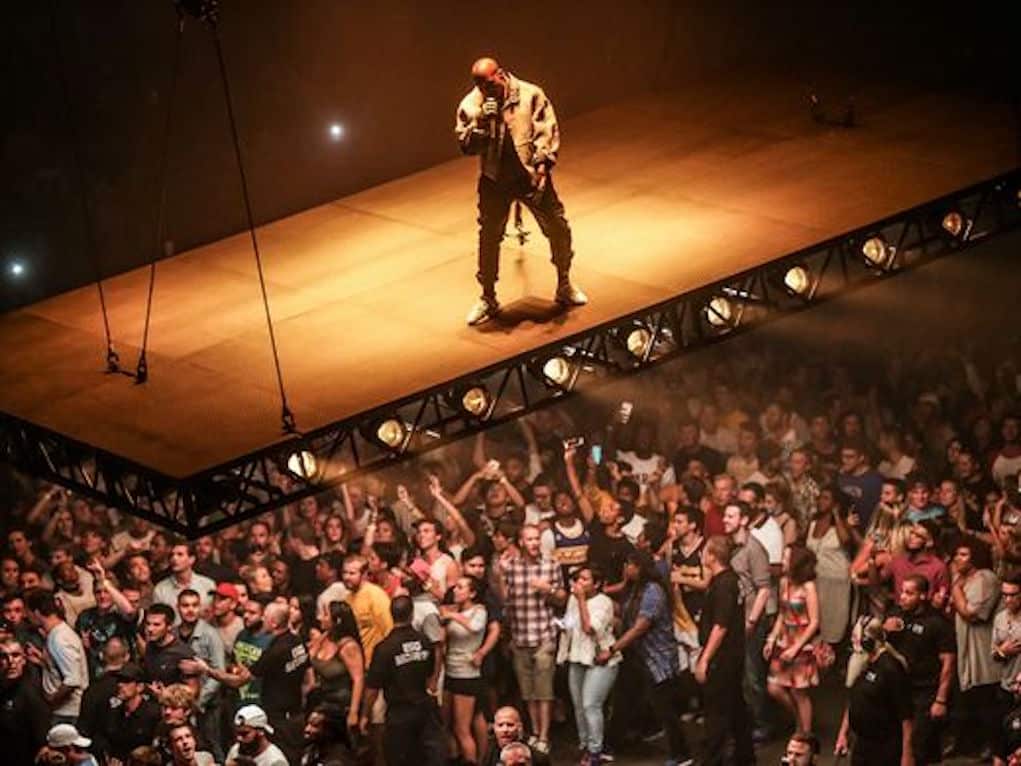 Kanye was performing for the sixth time in L.A. for his Saint Pablo tour, but things didn’t go as planned.

After losing his voice, Yeezy stopped the show in the middle of performing “Only One.” He apologized to the crowd, told them he would do better next time, and left the stage!

He had 8 tracks left to perform, and had only been performing for less than an hour.

11/3 – "I'm very sorry, I love you. I promise to do better next time." #KanyeWest after ending his 6th LA show during #OnlyOne with 8 songs left when he lost his voice. He apologized and stated the crowd could receive a refund. (?: @darnellrhea)

The moment when Kanye stopped the show 50 minutes in and exits the stage because he "couldn't give us the show we deserved. And maybe we will catch up another time". #ummm #bruh #wait #isitover #crowd #boo anything to do with the fact that it was right after the video dedicated to #kimkardashian ? #kanye #kanyewest. KANYE WENT KANYE

Who the hell is paying to watch Kanye perform anyway?