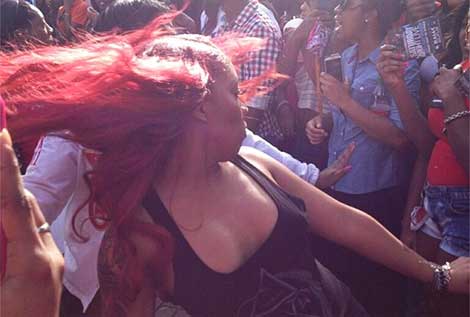 “My baby’s father went and married a friend, that’s some other s—t for me to deal with” ~ K Michelle

Supposedly, K Michelle is under the delusion that Bowman’s only child is the one they share together.

“K Michelle’s baby father has 3 kids. He cheated on his wife and one of the kids is a result.

He cheated on K throughout their relationship and lied about dating his wife after they broke up, which is not true. The thing is, K always thought her baby daddy and his wife hooked up after their break up.

She also thinks he only has the one child they share.”