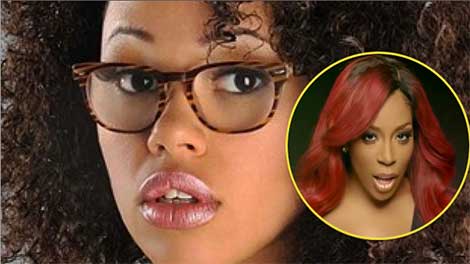 K. Michelle is never one to bit her tongue… even when it comes to a one-time BFF. Just ask Elle Varner.

You know, the chic who K. Michelle previously collaborated with on the track, ‘Cold Case’??? Now, not only do insiders say, “K felt as though she did not get the proper credit she deserved for the song”… Elle is apparently smashing K’s leftovers! Namely, Meek Mill!

“Back in January, Elle Varner Tweeted about Meek Mill trying to hit on her, causing an awkward situation between them.”

“Fast forwarding to the present a couple of days ago, Meek Mill posted pics of Elle Varner to his Instagram page, joking about the time that Elle curved him in a prior encounter back in January.

Now y’all know K. Michelle won’t hesitate to take it there, and from the looks of things she didnt like the pics to much and took to her Instagram to express her disdain for them…” 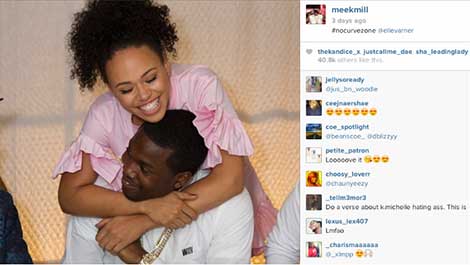 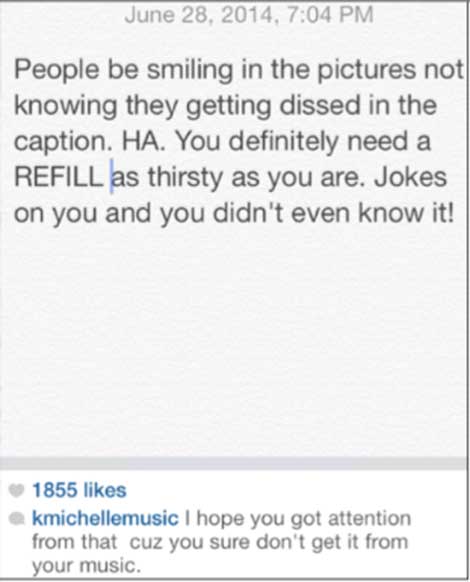 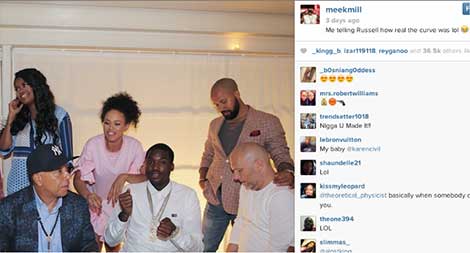