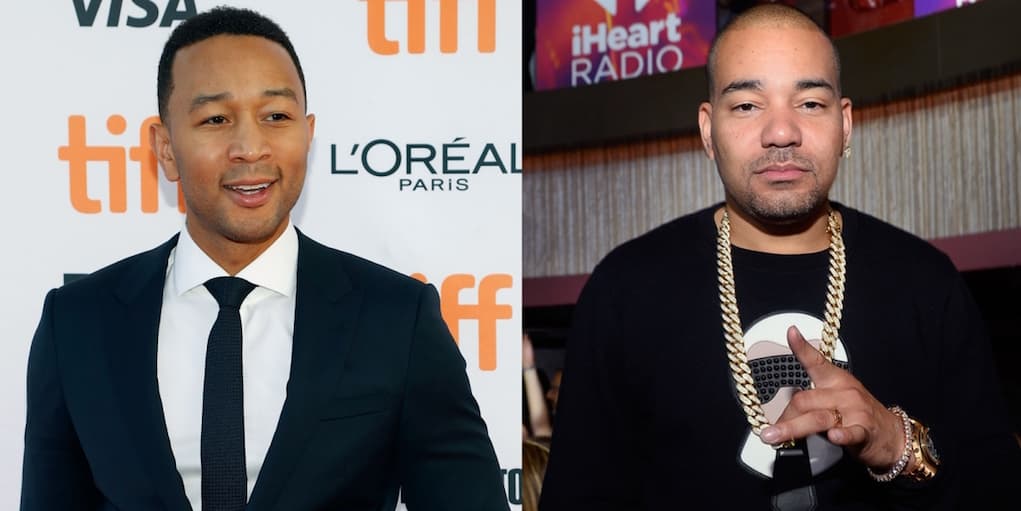 The Breakfast Club’s DJ Envy got dragged for being a supporter of Stop & Frisk, so earlier this week he told listeners why he believed in the program. The radio host told his story about being the victim of an attempted carjacking, and the suspect firing three shots at him as he drove in reverse down the freeway.

But now, Envy has had a change of heart after a conversation with John Legend.

John appeared on The Breakfast Club, and schooled Envy on why Stop & Frisk is unconstitutional. The conversation helped Envy to flip flop on his stance.

John legend is a firm supporter and advocate of black lives matter. I had an opportunity to have a wonderful conversation with him today where he provided me and our listeners with a great deal of useful information regarding stop and frisk. This information played a large part in me revisiting my thoughts and opinions regarding stop and frisk. As a black man in our community, I have been subjected to stop and frisk on numerous occasions and have had bad experiences with police officers who abuse their power. Upon all of those occasions, I had gone home and complained to my family and/or shared it with breakfast club listeners. I am the son of a retired detective and still had contempt for the law and the officers that carried it out. I was firmly and vocally against stop and frisk… That all changed about a week ago when someone tried to MURDER me in an attempted robbery and carjacking… I was shot at several times with an illegal gun . Thankfully, through the grace of God, I was able to escape with my life and go home to my family. It was as though a ton of bricks fell from the sky and gave me a different perspective on stop and frisk based on my experience. The only thing that I could think is that these streets aren't safe and that illegal guns need to be removed. I have been on both sides of the equation… A person reduced to being stopped and frisked and a person who's life was almost taken from him with an illegal gun. I said that stop and frisk could be an option if it could be administered PROPERLY and FAIRLY. Voicing that opinion created a much-needed discussion about the topic. It angered a lot of people and causd a surge of information to rise to the surface… some information that I was not aware of previously… After several conversations within my community with @johnlegend and with my wife, I am not too proud to say that my views on Stop and Frisk have changed.. I spoke too soon..

And here’s John’s interview with TBC.