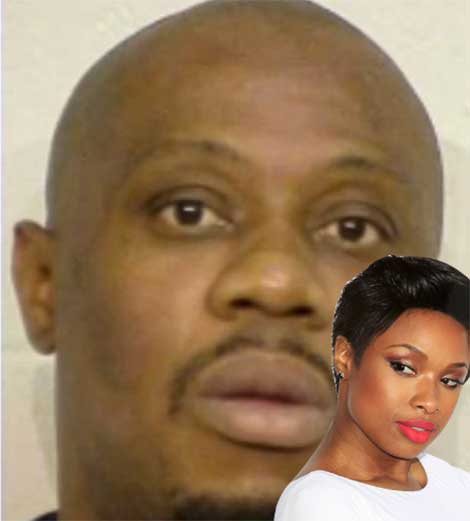 Some thing’s up with Jennifer Hudson’s family.

Reports reveal… the singer’s half-brother is in jail for allegedly stabbing a Michigan man multiple times. Stephen Simpson, 45, was arrested Tuesday — after being questioned by cops. He’s “expected to be charged with attempted murder and home invasion.”

“It was pretty scary because there was a lot of blood everywhere.”

The incident — a suspected crime of passion — happened Monday night [August 18, 2014], inside a Michigan apartment. That’s where Simpson was reportedly fueled by “jealous rage”… after he showed up unannounced at his estranged wife’s residence, and discovered she was in the company of a man suspected to be her lover. “The victim was treated at hospital receiving about 20 or 30 stitches,” says a source. “He’s being released and is expected to recover.”

“Neighbour Torrey Hunt opened his door at around 3am to find the victim bleeding and begging for assistance.

He said: ‘I open the door and see blood everywhere. He was stabbed in his chin and his chest, he had puncture wounds in his chest and his arms and stuff.

‘He said someone knocked on the door, he thought he was knocking on the door for somebody, and he started getting stabbed up.
‘I am thinking he could die any minute.'”