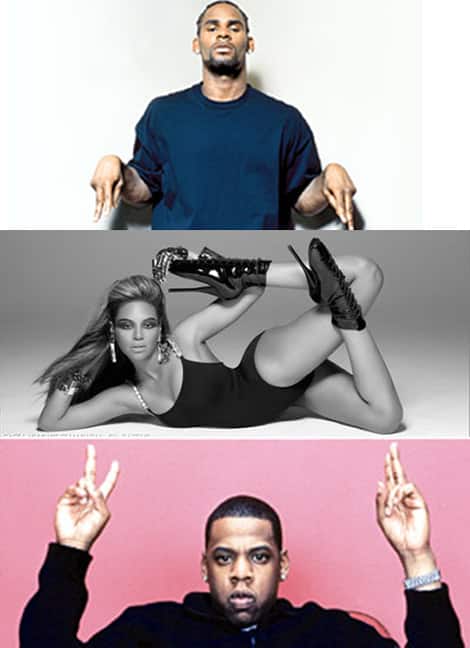 HSK Exclusive – Jay Z may have ‘put a ring on it’, but that may not mean he’s opposed to sharing Beyonce with his boys.

It’s all reported to have gone down during the time Jay Z and R Kelly were tight, apparent to many through their string of musical collaborations. This before the pair parted ways back in 2005, following the melting of that relationship during the ‘Best of Both Worlds‘ tour. Now, the that very phrase ‘Best of Both Worlds’ seems suspect in itself. Don’t you agree?

So, how did the information leak?

Sources say Jay Z didn’t exactly ‘Keep It On The Down Low’, adding the last person the Roc-A-Fella Records founder should have shared the info with is Nick Cannon. Don’t believe me.. Ask Tracy Nguyen.”

Here’s how the conversation with my insider about the incident went down:

My insider contacted me saying:

“Hey Jacky, I got something that’s gonna blow your mind!“

“Nothing surprises me in this business we call entertainment”.

My insider chuckled before saying:

“Did you ever hear the story about R. Kelly and Jay Z running a train on Beyonce?”.

“Jay don’t even kick it with R. Kelly, and that’s kinda crazy because Jay and Bey are married!”.

“This shit happened a long time ago when Jay and R. Kelly were friends. The story came to light because of Nick Cannon’s mouth.

Jay, Nick and a few others were on a private plane from New York. During the flight they were being guys, and started talking about a bunch of shit. They forgot the youngster Nick was on the plane.

Suddenly, Jay told the guys he and R. Kelly both had sex with Beyonce at the same time. Nick couldn’t believe what he just heard – so when he got off the plane, he called his handler at Jive Records. She told him ‘I didn’t hear what you just told me and you didn’t hear it either.’ “

“I’m an executive, those guys are all talent to me. Jay did say it, because around the same time Nick told his handler over at Jive is when I heard about Beyonce’s menage a trois.”