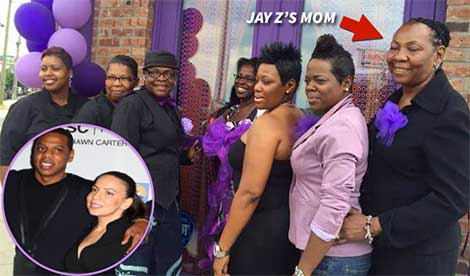 Jay Z may not be the only Carter suspected to have split from a significant other. That’s because recently release images of Jigga’s mom, Gloria Carter, reveal there may be a new woman she’s locked down! Don’t believe me.. Just ask Dania Diaz!

You’ll recall… back in November 2013, HSK exclusively learned the NYC public school teacher was Gloria Carter’s lesbian life partner! Now, less than a year later, it’s looking like she’s letting it be known that she’s on to the next!!!

“Jay’s moms threw a party to celebrate opening a restaurant called “Diamonds N Da Ruff” [July 26th]. It was just like a 90s Budda Bar affair… with all of her lesbian homegirlz in the hizzy. Dania wasn’t there though.”