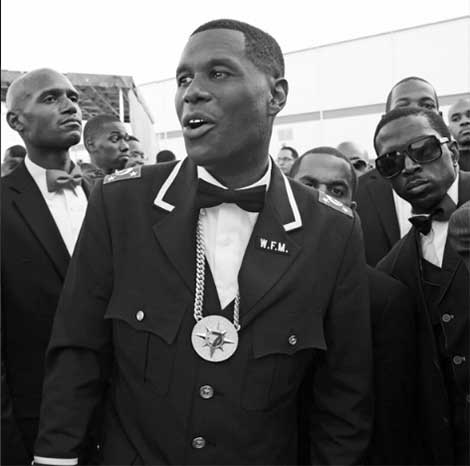 ‘We will crush all of the cornballs and posers in the music industry!’

Jay Electronica has revealed drugging as the reason behind what derailed him from his game ‘over the past years’… delaying his long-awaited solo album debut. The real Roc Nation one has broken down the life-changing events that led him to become more focused in than ever before.”

“I backslid for awhile. I got into drugging and drinking and smoking. But now I’m back reformed, all praises due to Allah. I just wanted to come out today — clean, sober and with my family, taking control of my life and taking control of the game.”

“Despite the growing speculation, Jay Elect denied his delayed debut would arrive on July 12 earlier this year. In an album discussion thread on the hip-hop forum KanyeToThe, Jay surprised fans and answered some Q’s about the highly anticipated work. After one fan asked if the album was coming on July 12, after the Roc Nation rapper posted a cryptic tweet that was later deleted and apparently read, “ps, we are going to try and burst the heavens open on July 12th”, he replied, “No sir.. but i promise you its coming this year and I’m about to heat the game up and charge the particles so high..”