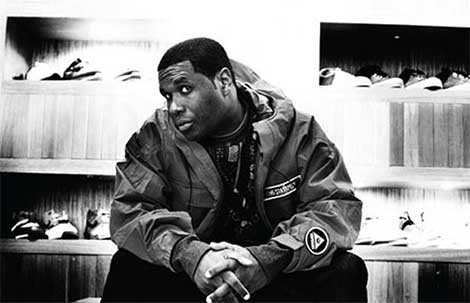 Jay Electronica recently posted a series of angry tweets dissing President Obama for not speaking up for Black America. He then went on to call White America land thieves. 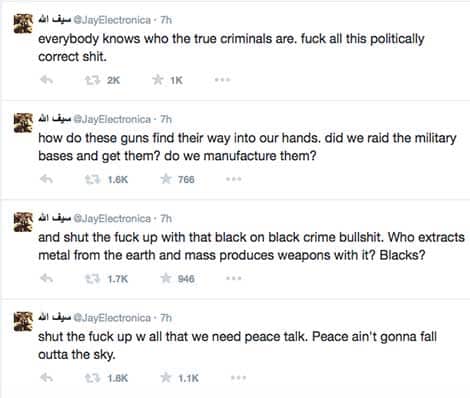 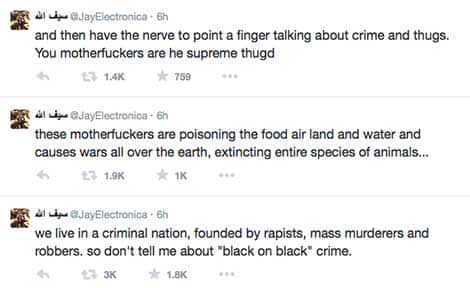 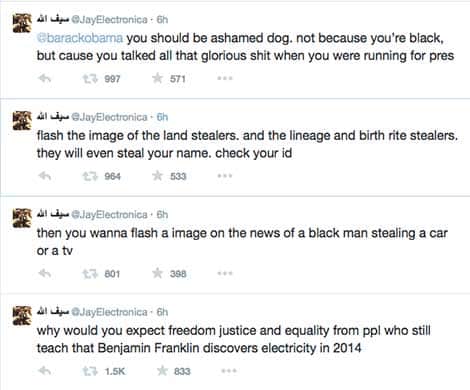 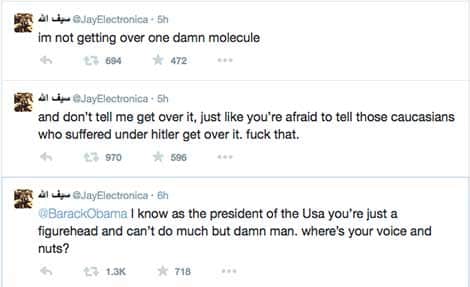